November is Native American History Month, and it’s an excellent reason to revisit the cultural effects of Native American heritage that are still evident throughout the United States. In the early days, Native American tribes were essential in helping European settlers acclimate to the new surroundings, understand the region’s agriculture and survive the harsh winters.

Native Americans were also instrumental in the adoption of tobacco and cotton as two of the foundational goods produced by America in its early years. Even the United States government was modeled in part after the Indian governments present in eastern North America, most notably the League of the Iroquois. Although Native American culture is now most visible on Indian reservations and in museums, there are still outlets for coming into direct contact with this heritage. And there’s plenty of value in doing so. 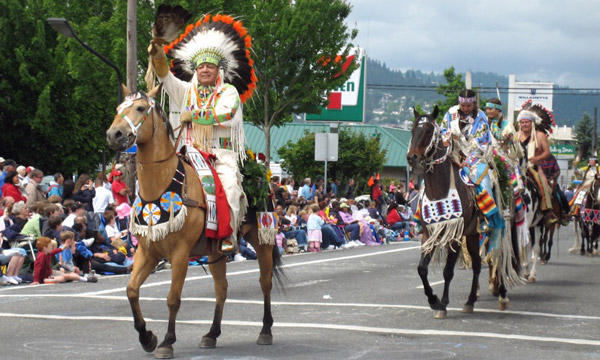 Value of remembering cultural heritage and Native American contributions to the U.S.

Historians are quick to point out that history tends to repeat itself. Instead of embracing Native American culture and working together to build a new society, the early colonists forced Native Americans out of their homes and onto reservations. The best way to ensure a bright future is to appreciate cultural differences and be educated about the contributions Native Americans have made toward the development of the U.S.

Many Native American contributions of the past have made an indelible imprint on how we operate today. Think of the League of the Iroquois: How different would America be without their government to help influence ours? Think about how much more difficult the adjustment to North America would’ve been without the Native Americans’ help. The U.S. wouldn’t have food such as corn, squash, pumpkins, avocados or chocolate. History’s value as a learning tool and guide will never leave us, so it’s important to constantly be mindful of its lasting presence.

Today, Native American tribes have made it easy to learn about their heritage. Heritage centers like the Chickasaw Cultural Center in Sulphur, Okla., or the Northern Navajo Nation Fair in Arizona offer immersive learning for those interested in Native American culture. Visiting one of the six Seminole Tribe of Florida Reservations can also provide insightful glimpses in the ways Native American groups have shaped our country.

It’s easy to refer to Native American culture as a single entity, but it’s actually a patchwork of a variety of different cultures that were based throughout the United States. While the Iroquois were among the most prominent tribes of the northeastern United States, inhabiting what is now New York, Florida’s predominant tribes were the Seminole Indians. The Chickasaws, meanwhile, thrived in what is now Mississippi, Kentucky, Alabama and Tennessee, the Cherokee throughout Tennessee, Kentucky and surrounding areas, and the Navajo Nation was one of the largest tribes in what is now Arizona, New Mexico and portions of Mexico.

These tribes possess their own cultural differences and vibrant histories that have informed how those regions have developed. To truly understand how history has molded a location within the United States, the local Native American history can provide a lot of enlightenment. You can check out a Native American cultural event going on in your area, or take a family vacation and visit a Native American museum or cultural site.

As Native American History Month approaches, be sure to check your local news to see what events are taking place in your area. The month offers a chance at heightening your awareness of Native American issues and how your daily life has been affected by these groups. It may also stir an interest in Native American history and culture that will carry with you long after the month has concluded.