When he was just 16 months old, Bradley Lowery was diagnosed with a rare form of cancer which primarily affects young children, neuroblastoma, which attacks the nervous system and has no known cause. However, this didn’t stop him from developing a love for football, and especially Sunderland.

When Everton played Sunderland in September 2016, the Everton players developed a bond with Bradley, and he was a guest at Everton’s Goodison Park for two matches in early 2017. When Bradley died aged only six, in July 2017, Everton helped organise a charity match in his memory.

The teams had a range of celebrities and ex-everton players donning football kits such as those from https://www.kitking.co.uk/football-kits/, including ex-footballers such as Peter Beardsley, Alan Stubbs, and former Sunderland left-back Micky Gray. Celebrities included singer Olly Murs, and X-Factor winner Shayne Ward.

The intense game between the teams, named Lowery Legends and Bradley’s Blues, ended up as 7-3 in favour of Lowery Legends. Goal scorers included Jamie O’Hara, who once played for Tottenham, with a hat-trick, as well as Kem Cetinay, and Bradley’s own uncle. 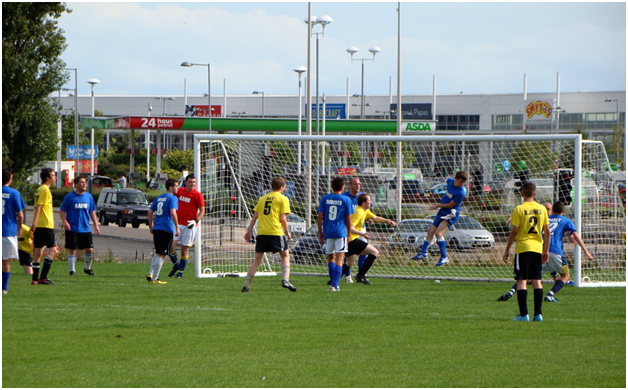 Proceeds from the game were donated to the Bradley Lowery Foundation, which supports special and progressive treatments for Neuroblastoma in the UK as well as Everton in the Community.

Everton’s Other Contributions to the Community

Everton’s charitable activities are organised through Everton in the Community, which is a joint beneficiary from Everton’s charity matches and donations.

Projects range from ongoing in-stadium work, such as including autistic match stewards and recognising them as part of National Autism Awareness Day, to UK efforts such Tackling the Blues and Active Blues, which aim to get children and older inactive men to improve their mental health through involvement in sport.

Everton in the Community is also involved in international charity, with Everton’s under-23 side taking time out of a training camp in Spain to support a local programme focused on fighting poverty and social exclusion.

While someone so young passing is always a sad occasion, the community coming together to support not only his family but the future health of other young people with his condition is good to see.