Decor has changed a lot over the years. While personal style tends to be a constant throughout a person’s life, fashions can change dramatically and almost on a dime. The following are a few ways the fashions of home decor have changed over the past couple of generations.

The 60s: A Time of Soft, Earthy Colors and Tints 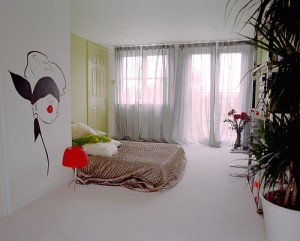 The 60s were a time of soft, earthy colors and tints arranged in loud patterns. Having polka-dotted walls in the 60s was a statement that you were “with it,” and the spaces of that era were dominated by organic shapes that contrasted the stiffness of the 40s and 50s. Clean and open looks were also a major component of the times, with spaces taking on minimalist tones that would continue to inform the decorating scene for decades to come. Any decade that can play host to hippie flower power and minimalism’s evocation of single elements as being powerful had a fun dichotomy going on.

The 70s saw extremely loud colors softened slightly with a heavy emphasis on natural-looking woods. With shag carpet as a major theme and a combination of olive greens with harvest golds, the 70s was an interesting time. This isn’t even mentioning how popular track lighting and fiber optic lamps became when they hit the scene. The floral scenes of the 60s were modified, often involving flocked wallpaper with foil backing to it. Interestingly enough, many of the design elements of the 70s have been modernized and are in use today.

The 80s: Dainty Color Themes and a Loss of Curtains

In the 80s, boldness turned far more subdued as pastels grew to dominate the scene. Pseudo-rustic metal beds, huge pillows and the replacement of curtains with blinds characterized the times. At the very least, blinds and curtains often went together like metal beds and excessively floral and dainty color schemes. In many cases, in the 80s good taste took a back seat to the appearance of material success because appearing affluent was a major goal during that period.

The 90s: The Turn of the Century

The 90s and the turn of the century saw the beginnings of several trends that continue to this day. The trends of function as form, of individualism and of environmental friendliness really took off during this period. As tastemakers went with terms like “shabby chic” it became clear that sometimes a bad piece of decor could look great if enough people believed it did. The 90s also saw the last major usage in fashionable spaces of brass fixtures.

Home Interior in the 21st Century

Today there are far more decorating options available, as the world looks backward to move forward. You can easily combine roman shades by The Shade Store with more modern wallpaper, and there is even a return to classic counter tops and “concealed junk” spaces straight out of the 60s and 70s. As new ideas combine with older ones, just keep in mind that what you decorate with today is going to seem very strange to your grandchildren. Just accept it.

Trends in the home are in constant flux, and that’s a good thing. As you redecorate your home every so often, take the time to reminisce before you start making new memories.