A fusion of Mayan and Aztec history, a chatter of Portuguese, Spanish and French, and a landscape of teeming jungles and Pacific and Caribbean coastline make up Latin America. Each country has it own identity, its own culture and character so the best way to get under the skin of the region is to venture across borders and discover what each has to offer. Here are some of the best places to seek out. 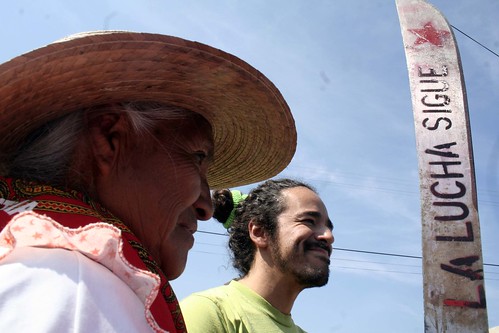 Stuff yourself in Mexico

From buzzing big cities and fascinating Aztec history to incredible natural landscapes, Mexico is a country of contrasts. Here you can scuba-dive the world’s second largest coral reef off the Yucatan Peninsula, surf along the Pacific Coast or discover history and the floating Aztec gardens in Mexico City. The travel hotspot for many is the ancient Mayan city of Chichen Itza, a miraculously preserved site of stepped pyramids, temples, columned arcades and other limestone structures.

One of the major draws to Mexico is its cuisine and it is probably best known for its foods, with native corn, beans and chilli peppers forming the basis of its national dishes. Indeed, food is such an important part of Mexican life and culture that UNESCO added Mexican cuisine to its ‘intangible cultural heritage’ list. So what better excuse for a foodies tour? Make the most of Mexico and taste as many flavours as you can while you’re here. The question is how hot can you go with those chillis?

Taste coffee in Guatemala
From spectacular highland jungles to jaw-dropping coastline, colonial history to volcanic landscapes, Guatemala promises adventure by the bucket load. Top of the tick list includes a hike to Lake Atitlan in the heart of the highlands, heading back in time to the Tikal Mayan Ruins and exploring colonial history and sampling the local coffee in Antigua. A hike to the summit of nearby volcano Volcan de Agua is also well worth a day trip too, and don’t miss the beaches and Caribbean coastline of Livingstone.

Kick back in chilled out Belize

‘No shirt, no shoes, no problem!’ goes the motto for pint-sized Belize, and the expression is at the heart of this chilled-as-you-like country, which may be small in size compared to its neighbours, yet has just a strong a character. Here you’ll find the second longest barrier reef in the world bursting with sealife including manatees, nurse sharks, stingrays and turtles, plus a jungle interior, home the elusive jaguar and over 500 species of birds.

Go back in time in Honduras

Latin America tours don’t stop at Mexico; the smaller countries are small in size yet big in heart and are well worth visiting on a trip to the region. Honduras straddles the dazzling–white shorelines of the Pacific and Caribbean coasts, and boasts teeming jungles and 15 impressive national parks inland. And just like other countries in the region, Honduras’ natural world wonders rival that of its history – the ancient city of Copán is the headline sight for history lovers, home to the Copán Ruins Archaeological Park and the best remaining testament to Mayan culture from 1,000 BC.

Climb a volcano in Nicaragua

Nicaragua is famous for volcanoes. The volcanic peaks of Concepcion and Maderas rise from the Isla de Ometepe in Lake Nicaragua and a hike up one of the peaks promises pristine forest, howler monkeys, crowds of colourful birds and amazing views of the lake from the summit. Marvel over the natural wonders, then step back in time to explore the colonial churches and pro-Sandinista murals in Leon and gastronomic restaurants and colonial architecture of Granada.

About the Author: Chris is a freelance copywriter and published children’s book author living in Hove, East Sussex. Follow him on Twitter: http://twitter.com/BraveBadger or Google+: https://plus.google.com/103156935354262180660/posts