The best way for a homeowner to figure out their security needs is to go around the property and pretend that they’re a burglar trying to find a way in. Some homeowners make it astonishingly easy for them to do just that. They’ll keep a window open so someone can reach or climb in, or just walk through an unlocked door in broad daylight, as passersby might not find someone casually walking into a home very suspicious, especially if they’re dressed in some sort of uniform. 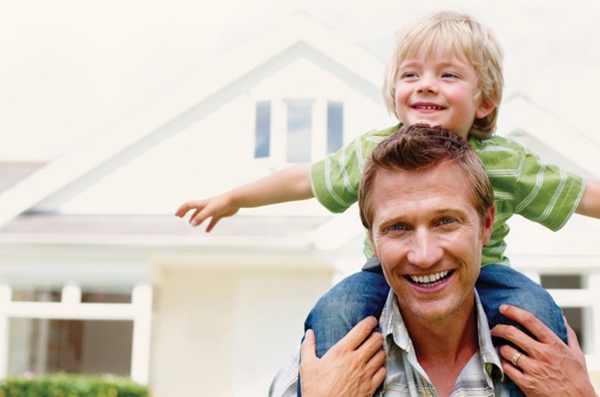 One thing that might deter a burglar is for the homeowner to look like they’re in residence even when they’re not. They can program timers to turn lights on and off at different times in the rooms. They can have a radio or TV playing loudly enough to be heard just outside the house. They can have a neighbor park their car in a driveway when they go on vacation. They can also encourage their neighbor to simply keep their eyes and ears open. A nosy neighbor is extraordinarily helpful in preventing break-ins.

Another deterrent is to getting touch with the local police department who might teach the homeowner how to electronically mark their valuable possessions, which means that they’re traceable if they’re stolen, at least in theory.

The police will then give the homeowner a sticker that lets any would-be burglar know this.

An expensive alarm system might be the protection of last resort, for there are other things homeowners can do for low cost or for free that will deter all but an absolutely determined burglar. Some things to do for home security are:

• Keep the lawn well groomed and keep the bushes around the house trimmed. It gives an intruder fewer places to hide.
• The garage door should be kept closed, whether the family’s home or not. It’s the reason why there are remote control devices.
• Turn on all the exterior lights at night and make a second check of the property.
• Door should be secured first since almost all break ins happen through the house’s doors. The door inside the garage that leads to the house is a favorite for intruders, because it’s hard to see from the street.
• Basement and ground floor windows should also be checked and secured, including windows where the intruder can come in from climbing up on a deck or even climbing a tree.

While no place is burglar proof, an intruder can be slowed down. Sometimes it takes so long to open a door or window that the intruder will just give up and move on to easier targets.

A door should be a solid core and should be sheathed in metal. This isn’t just true of the front door, but of the other doors as well. They should have heavy duty hinges that swing inward and shouldn’t have gaps, which can be pried. The best way to secure a window is to make sure it can be locked in both a closed and open positions.

A homeowner who makes all these precautions and comes home to find their home being burgled anyway shouldn’t try to apprehend the culprit, but should stay out of their house, call the police, and not return to their home until the police arrive.

Dylan Johnson is a writer for Security Options. They focus on home security in Oklahoma.