In the USA they call it ‘the fall’ – and nowhere is it more beautiful than in New England.

Autumn in America in the north east of the country has to be seen to be believed.

It is a truly spectacular sight across a swathe of the country bordered by Canada, New York and the Atlantic Ocean, when autumn really can be seen in all its glory.

New England encompasses six states – Massachusetts, Rhode Island, Connecticut, Vermont, New Hampshire and Maine – and it is here during September and October that the most colourful, eye-catching foliage you’ll ever encounter anywhere will be found.

New England was one of the first colonies to be settled by the Pilgrim Fathers from Plymouth, who arrived in 1620 and within ten years had formed the Massachusetts Bay Colony, laying the foundations for the entire United States of America.

The 1776 Declaration of Independence freed the country once and for all from British rule – in no small way thanks to the infamous Boston Tea Party, which protested against new taxes imposed on the locals by Britain’s King George III….and paved the way for what is now a part of the world renowned for its technology, medicine, education and finance.

Known as ’the birthplace of America,’ the region is just crying out to be explored, with a wealth of history, culture and outdoor experiences lying in wait around every corner. 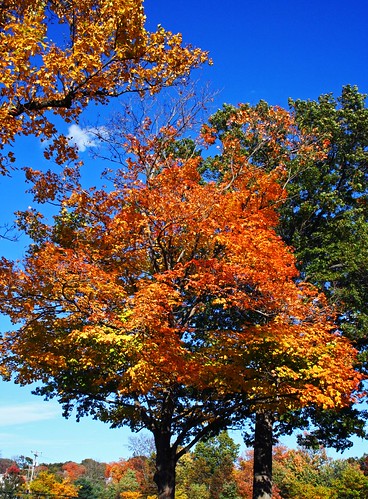 It is a delight to visit any time of year, but it is in autumn that it is at its very best, clothed in red and gold as the leaves on the trees put on a display unrivalled anywhere else in the world.

It is also the time of year most agreeable for hiking, biking and simply taking to the trail on a voyage of discovery tailor-made for those who love the great outdoors.

In the northern-most states of Maine, Vermont and New Hampshire, the spectacle of colour normally starts in September, while further south in Massachusetts, Rhode Island and New Hampshire the show starts slightly later and often lasts through until November.

Major attractions for hikers include the Arcadia National Park in Maine, the White Mountain National Forest that crosses over into New Hampshire, and the untamed wilderness that is Baxter State Park in northern Maine. 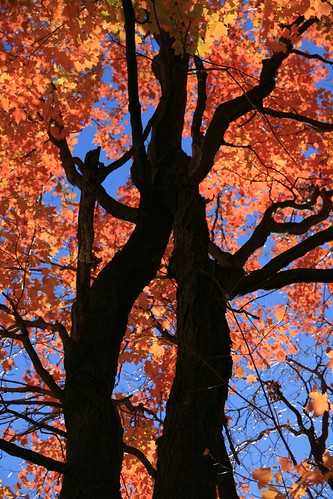 Nicki Williams is a travel and sports writer for Gear-Zone, outdoor specialists and stockists of all the leading clothing brands including Rab, The North Face and Berghaus, and footwear manufacturers Scarpa, Brasher and Meindl