Fashion magazines have changed a lot over the past 40 years. While many of the same brands- like Vogue, Harper’s Bazaar, Elle, and W magazine- were around in the 1970s and 1980s, the modern versions of these magazines are vastly different from the versions sold in the 1970s and 80s. More has changed within each publication than just the popular styles of the day. Nearly everything about fashion and the way fashion publication is presented has changed over the years, from writing style, to content focus, and even advertising. 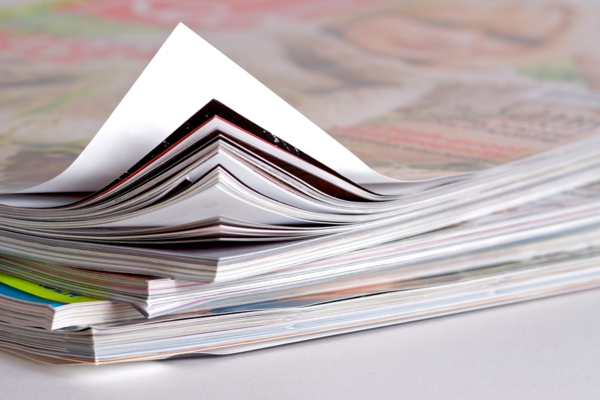 Technology
In the 1980s and 70s, there was no Internet for fast-travel news. The fastest form of news during this time was the radio and newspapers. Fashion events were covered after their event dates, which meant that the fashion magazines were the exclusive source for fashion coverage for many people. Fashion magazines also had to rely on photography skills and clever positioning to shoot pleasing photos, rather than the digitally-altering techniques used today. In today’s world, by the time a magazine is published, the news has already reached most of the target audience, with information including trend reports and other new brand information. This had forced fashion magazines to switch to new reporting styles, focusing more on how to wear pieces and celebrity interviews than on fashion reporting.

Fantasy Reporting
Today’s magazines build up a fantasy around each piece of clothing or brand. While publications in the past had to rely on the exact pieces pictured and how they looked when they were photographed, today’s magazines can alter a photo to look vastly different from the original photo, which gives each clothing piece a fantasy appearance, rather than the real reality of the brand. Today’s fashion magazines create an aura of mystery and dreams around fashion, which makes people feel like they are purchasing a lifestyle rather than just a simple piece of clothing.

Branding vs Objective Reports
In the 1970s and 80s, more fashion magazines took a reporting style in their editorials, commenting on the new pieces created by famous designers. The magazine editors spent a large amount of time testing products and clothing and reporting exactly the results found in these tests. Today’s fashion publications rely heavily on advertising from major designers and clothing brands, and some of the data inside the magazines may have less objective reports. Many features center on a particular brand to increase revenue as well.

Celebrity Focus
In the past, fashion brands and reporting publications usually used models and unknown faces to modeling the clothing within their pages. The focus was on the clothing itself, rather than on who was wearing the clothing. Today’s fashion magazines use celebrity endorsements and interviews to sell certain brands and designs, because the modern reader would prefer to read about someone that they believe they “know” rather than taking fashion advice from an unknown model and source.

Even though the fashion publications of the past are different from today’s magazines, and the invention of fast-fashion and the Internet has changed the way that fashion magazines work, fashion journals and other publications are unlikely to vanish entirely. People love the physical act of turning pages and the anticipation that the arrival of a monthly magazine can bring. In the next 40 years, journals and reporting styles will change again, but their presence will endure.

This is a post by Andras Deak, a part-time guest-blogger and a full-time design and communication consultant. He currently represents for Lizzette Kattan, one of the most successful ladies from the fashion industry.