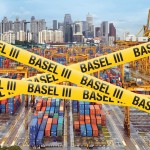 Dramatic developments within the ruling Labor Party in Australia had the Government changed almost overnight. Prior to the party election poll, former Prime Minister Julia Gillard announced she would retire from politics altogether, should she lose leadership. She also urged her opponents to do the same if they lose – now Kevin Rudd has once more returned to the Prime Minister seat, while Gillard has resigned office. So have her supporters (among whom stood most notably former Treasurer Wayne Swan and Health Minister Tanya Plibersek). The Westminster leadership system, which Australia observes, calls for the leader of the ruling party to also take up the position of Prime Minister. With Swan and Gillard acting as backseaters, Rudd now has the power to change the date of the coming election in Australia. The polls had ben initially scheduled by Gillard for September 14, but many expect Rudd to overturn her decision.

Why would he do so? For one main reason: the country’s economy comes under direct scrutiny on August 6, as the Reserve Bank of Australia meets for a board meeting. As was the case with most recent RBA board meetings, this one too has sparked rumors and expectations of a new cash rate cut. If the cut does go through, Kevin Rudd and current treasurer Chris Bowen stand to gain a lot in terms of popularity – and on a delicate subject as economy continues to be in Australia.

On the one hand, it is highly likely that a further cut would please the voters. Australia’s unemployment perspectives are stagnating, as are consumer confidence and business morale indices. Debt remains rampant, mostly because of mortgage loans still not paid for. Some claim that taking the official cash rate below its currently historic low of 2.75 per cent won’t do much in terms of alleviating debt pressure on the population. They call to mind the Big Four’s attitude toward the latest cuts: they were slow to implement them and appeared to do so almost begrudgingly. Yet Bankwest, is offering great rates to borrowers, making sure they have a great value product.

For the time being, most signs point to a new rate cut. Experts on Australia’s financial market have it pegged at 60 per cent odds it will take place. A major financial publication took a survey among 12 of the country’s top economists: seven of them said a new cut is in the books, if not in July, then in August. Inflation is still around 2 per cent, well within the target segment of 2 to 3 per cent that the RBA is vying for; the quarter report on inflation bound to be released only a few days prior to the central bank’s board meeting is unlikely to change this. At the same time, the U.S. dollar has declined by 10 per cent, yet Australia’s central bankers are saying the fall is not sufficient to cushion the decreases in prices for commodities.

Yet in spite of the major likelihood for the rate cut to take place, Kevin Rudd need also bear in mind the political effects of such a move. Specifically, several political analysts recall the 2007 election, which the opposition coalition lost to a Labor party helmed by Rudd. Accusations of bias from the RBA in favor of Labor flew from the Liberals at the time: they were accusing the RBA to have timed their cash rate increase right before the polls, in order to help Labor garner power. Unwritten campaign rules cited at the time by opposition leaders and other decision makers allegedly state that ‘game changers’ such as the official cash rate cannot be tampered with at election time. Glenn Stevens was governor of the central bank back then and still is in office. His decisions are likely to impact the election once more.