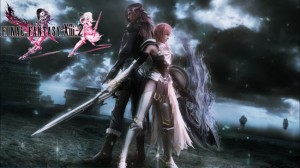 New IPs are always a risky proposition and, these days, people are all the more demanding of them. So, when a new idea comes along that is just a little short of brilliant, people take all kinds of pot shots at it. Gamers are getting more demanding by the minute. Where do you start when reviewing a Final Fantasy title? Do you look at it from the passionate fan’s perspective or do you approach it with ‘fresh eyes’ and try not to contextualise it within the broader framework of a franchise that dates back to 1987?

In many ways, Final Fantasy is the victim of its own success. Trite clichés aside, when a franchise has been around for 15 years and has a loyal following of gamers the world over, it gets very difficult for newcomers to just pick up a new release and play.

Sports video game franchises give you better graphics, sound, playability, and realism with each new incarnation while a story-driven one is just that – it keeps adding to the story. Think of Final Fantasy as <insert a soapie of your choice here> but add healthy dollops of fantasy and science fiction. It has seven Guinness World Records to its name and has sold more than 100 million units worldwide making it one of the best-selling video game franchises ever. And that’s not even counting the films.

In many ways, Final Fantasy is a nostalgic reminder for gamers when they started their hobby (or obsession). For me, I was in primary school at the time and was mesmerised by the first Final Fantasy released on Nintendo. Being an avid Dungeons & Dragons player (the paper-based one and yes, I am that old), Final Fantasy provided a great balance between an immersive story and solid gameplay. Through the years, I kept dipping into and out of the franchise with the release of enough ‘main titles’, sequels, and spin-offs to make World Wrestling Entertainment jealous.

I am loathe to admit it, but I started losing interest in the franchise in the late ‘90s due as much to what was becoming an increasingly elaborate storyline that required more attention from the player and my studies and settling into a work routine. Yet, for all this I still tried keeping in touch with what was happening in the Final Fantasy universe more out of interest than anything else.

So when our friendly neighbourhood Ed rang me up asking if I wanted to review the latest in the franchise, Final Fantasy XIII-2, I jumped at the chance to get back to that familiar environment. Reviewing this for the fans seems a bit redundant. They would have already bought the title and in all likelihood would have completed it already. There is not much any reviewer can write to change their opinions of the franchise and their understanding of the story, its intricacies, and the impact that the characters have on one another.

Instead, I would like to review this from a different perspective. I see XIII-2 as an old school friend who I was close to for many years but managed to lose contact with.

Thanks to the internet, I have been getting reacquainted with him and am now preparing for that first lunch together after all these years. So was I nervous playing XIII-2 and not really knowing what to expect despite what

I have read and seen online? You bet. Did I regret putting the disc into the Xbox and spinning up the game? Hells no. So the story in a nutshell that XIII-2 is a sequel to XIII (yes, duh) and takes place three years after its events. Lightning, the hero of the original game has disappeared into an unknown world after she had defeated the false gods who had ruled for centuries. Now her younger sister Serah and a mysterious young man from the future, Noel, work together as they attempt to find her and stop a new host of monsters hell-bent on destroying the world. One of the hallmarks of the franchise has been its cutting-edge graphics and beautifully composed soundtrack. In this sense, XIII-2 does not disappoint.

The beauty is as mesmerising as the background music is haunting and fits every scene perfectly. You control the characters from a third-person perspective and virtually have free roam to do just about anything and go anywhere. There is a multitude of regions and times (yes, time travelling is standard fare) to choose from. To help with your focus, the regions are made available through a branching story path or by getting special items.

While there is a fair degree of puzzle-solving, XIII-2 uses a variation of an active time battle system. In essence, monsters randomly appear with the player able to attack them for a limited time to gain a combat bonus. After this time expires, the monster will attack the player and normal battle ensues. Similar to its predecessor, players select from a range of actions that fill a number of active time battle slots. These slots increase as the game progresses with the option to fill them automatically if the micromanagement gets a bit much. And while the game falls into a rhythm of puzzle-solving and combat, the pacing of the storyline does well to keep you entertained. It does not get overly dramatic or needlessly intricate as with some of the previous titles in the franchise.

But for all this, XIII-2 is still not an easy game to get into if you are not familiar with the series. On its own, I probably would not be able to recommend it. However, if you are considering entering the Final Fantasy universe for the first time, I would recommend doing a lot of online research to at least get a general overview of the recent history.

If you are willing to do this and get a feel for the franchise, then XIII-2 is as good a start as any to get into the franchise. Just be aware that you could get frustrated with some of the game mechanics and the general style of the story. This is especially true if you have not experienced Japanese role-playing games before.

Final Fantasy is back with what seems like the umpteenth title in the series. But is this yet another fan fest only?