“I’m not alcoholic. I just enjoy drinking,” he says defensively before walking out the door.

Listed below are five of the most common signs of an alcoholic. 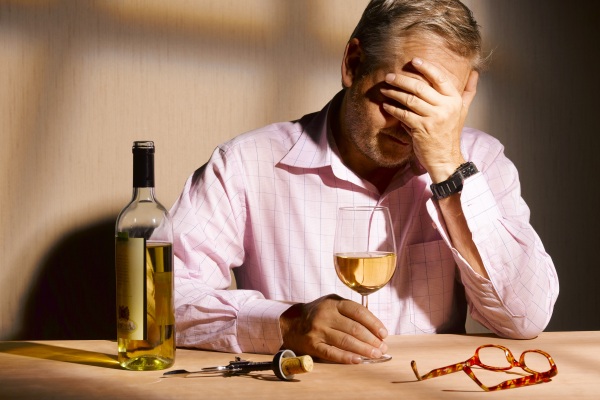 An alcoholic will also give up things he used to enjoy for the chance to drink.

He’s starting to lie and make up excises for his drinking.
An alcoholic oftentimes knows that what he’s doing is causing problems at home and at work. At the back of his mind, he knows his drinking is becoming a big problem, but  he’ll still find ways to justify his habit. He’ll lie to people and to himself just so he won’t feel bad about his drinking or to cover up his self-destructive habit.

“Six cans of beer compared to yesterday’s ten is better, so I’m not alcoholic” or “I went to Rob’s to talk business” when, in fact, he went to a bar. These are just some of the lies he tells his loved ones when asked how much he’s had to drink or where he went. He’ll also start avoiding people, even his loved ones, just so they don’t discover his drinking habit.

He’s starting to break the law.
He’ll also start breaking the law. He’ll get caught violating traffic laws such as speeding and driving while under the influence of alcohol; he’ll be involved in fights and brawls; he’ll steal things to fund his drinking habit; or he’ll become involved in domestic violence. If caught, he’ll land in prison and face potential jail time.

You can always bail him out, of course, or contact a bail bond agent to get him out, but these steps can only do so much. Yes, you can get him out of prison, but this won’t stop the drinking problem. He’ll need professional help, counseling, and rehabilitation to treat him of his alcoholism, and this should start now.