Posted in Technology
Author: Jianjames  Published Date: May 30, 2012  Leave a Comment on Get To Know the Top Ten Processors On the Market Today 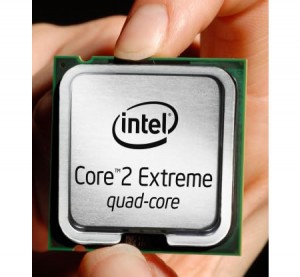 This post was sponsored by Patrick.  Apart from being an traveler,  Patrick loves to review about the various on going hardware & other computer peripherals in the market.    Currently he reviews about Mytechgurus a computer support company in Greenwich serving all around the world.

Choosing an upgrade of the processor is never an easy job as it requires proper analysis of the efficiency, durability and cost effectiveness. With plenty of processors hitting the market and eventually upgrades that enhance the working efficiency of the computer system, making the right choice can be very difficult. Here, is an analysis of the top ten processors on the market which will give you a better idea about them. Considering all the options, you can make an optimal choice that is best suited to your needs.

1. Intel Sandy Bridge – E Core i7-3960X Extreme Edition
The i7-3960X LGA2011 is the fastest desktop processor in the world at present. It is a six core processor with a 3.6 Ghz default clock that can support 15 MB of L3 cache and a DDR3 – 1600 memory interface. This is the most effective and efficient processor architecture ever made.

2. Intel Core i7 3930K
This is a cheaper alternative of the extreme edition top end i7-3960X. It shares most of the specs of the top end processor. It has a four channel memory controller. It has a 3.3 Ghz clock and 12 MB of L3 cache with a turbo speed of 3.8 Ghz. It offers a good value for money.

3. Intel Core i7 3820 – Sandy Bridge
The i7 3820 was developed almost parallel to the 3930K version. This is a quad core version that runs at a 3.6 Ghz speed. It supports 10 MB of L3 cache. It was considered to be the best launched processor till the updated version made it onto the market.

4. Intel Core i7 990x Extreme
The i7 990x model is extremely fast and is a six core processor. It has an unlocked multiplier that eases out over clocking. It is deemed a bit expensive though, and is a late arrival in comparison to the others in the generation. This is considered to be the fastest of the lot with twelve threads.

5. Intel Core i7 980x Extreme Edition
The i7 980x was considered as the top of the line processor when it was launched. It contains six cores, hyper threading technology and is capable of working 12 streams at the same time. It has a turbo speed of 3.3 Ghz. It also enjoys 12 MB of L3 cache on the processor.

7. Intel Core i7 3770K – Ivy Bridge
The i7 3770K Ivy Bridge version is a 77W four core chip which runs at a turbo speed of 3.9 Ghz and a 3.5 Ghz frequency. The ivy bridge architecture was built as a boost to the basic sandy bridge models that were launched before.

8. Intel Core i7 3770
There isn’t much difference between the 3770k version and this one. It has the same 3.5 Ghz frequency with a 77w four core chip. It supports 8 MB of level 3 cache and has a 2.0 turbo boost technology. This is lesser priced that the 3770k and hence has been preferred by some users.

9. Intel Core i7 2700K
The 2700K is a quad core processor unit with 95W and hyper threading technology. It runs at a 3.5 GHz frequency and 8 MB cache support. It is lesser in cost and offers value for money spent.

10. Intel Core i7 2600K – Sandy Bridge
The i7 2600K is a sandy bridge four core processor. It supports 8MB cache and has a frequency of 3.4 GHz. This is the most popular sandy bridge processor on the market and the fastest chip. It provides the expected performance for a fairly reasonable price