Whether you like to express yourself through dance or view it simply as a form of social activity, there are so many different styles of dance to enjoy.

Some of us dance for the sheer joy of the experience, others because it’s a career. Either way, it’s nearly always energetic and great fun, a means to stay fit and make friends along the way – as well as take seriously in competitions for the professionals among you. If you’re tempted to take up dance as a new hobby or simply curious about dance styles, take a look at some of the most popular types.

Dating back to the seventeenth century, ballet is known for its graceful, fluid movements. Using music and dance to convey stories, ballet forms the basis of many other dance styles.

This Latin dance of Cuban origin was invented in the 1930s and became popular in the 1940s and ‘50s. Mambo is lively and fun to perform. 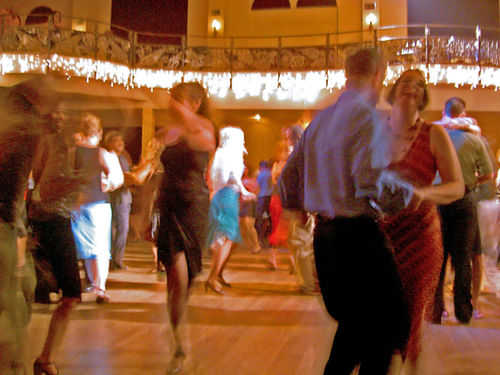 If you fancy giving John Travolta a run for his money, you should try disco dancing! With steps and moves to the beat of disco tracks – to songs from artists like The Bee Gees, The Jacksons, and Donna Summer – this form of dancing began in the 1970s. You can strut your stuff to favourite disco tracks, and have a workout and a laugh in the process.

As energetic as it sounds, swing dance is a partner dance that involves lots of swing movements, spins and jumps. Developed with the swing style of jazz in the 1920s to 1950s, one of the best known swing dances is the Lindy Hop.

Involving partner dances that are low-impact as a rule, ballroom dancing tends to incorporate a range of dances including the foxtrot and the waltz.

Fiery and exotic, the Flamenco dance originates from Andalusia in southern Spain and mixes high energy moves with music. There are four main components of Flamenco: cante, the singing, baile, the dancing, toque, the music, and palmas, the hand claps. First mentioned in literature in 1774, Flamenco is descended from Spanish and Romani dance styles and is popular in many countries and taught worldwide.

Basically classical ballet without the rules, modern dance is all about self-expression and creativity. Modern dance started in the early twentieth century, and was a rebellion against the traditional ballet dance form.

This popular Cuban dance is usually a partner dance although there are forms that involve individual routines. Salsa is continually evolving and has different styles including New York, Los Angeles, Cuban and Colombian. Various dance techniques have been incorporated into salsa dancing, including shimmies, lifts, acrobatics, leg work, arm work, spins and rolls. Salsa can be improvised or performed using set routines, and suitable music for dancing salsa moves to normally ranges between 150bpm and 250bpm.

Line dancing involves choreographed routines of steps that are performed by a group in one or more lines. The dancers face in the same direction and do the steps at the same time. This form of dance has links with country and western music and dance as well as folk dancing.

The breathtaking accompaniment to Flamenco works around a Flamenco guitar, these precision instruments can be found online at London Guitar Studio.