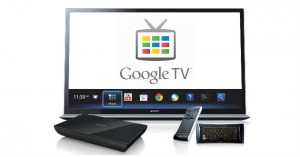 The world of entertainment has changed drastically over the past decade, and much of that innovation was driven by the designers at Apple. The music world had to reinvent itself with the popularity of the MP3 player, as more and more consumers began purchasing single songs and abandoning albums. The iPod was at least partially responsible for this movement. The film industry is going through a similar change, and consumers are fighting against massive ticket prices and watching content at home instead, or on the go through their tablets and smartphones. Again Apple stands at the front of the pack, with incredibly popular iPhones and iPads lining pockets all across the world. Now the cable companies are under fire, as more and more people abandon their traditional packages to watch internet content instead. Apple’s nailed this innovation as well, with their popular Apple TV device enabling consumers to watch whatever they want right on their main television set. Well it appears Google isn’t going to give up on this one without a fight, announcing a device called Chromecast in an effort to bring internet content to TV.

Google’s Chromecast is incredibly simple, and carries a light $35 price tag that will surely see it earn a slew of early adopters. But the cost isn’t the only tiny thing about this device. Chromecast is roughly the size of a jump drive, meaning you could literally carry it in your front pocket if need be. Once you get one home, installation is as simple as plugging it into the HDMI input of you television. It should power up and take you through the set up process, which really only requires tieing it into one of your mobile devices and your password-protected WiFi network.

With the Chromecast up and running you’ll be able to watch content pulled from your tablet, smartphone or laptop right here on your television. If you’ve tried out Apple TV in the past, you should notice a lot of similarities, and a comparable quality level. But there are also some striking differences between the offerings by Google and by Apple. First of all, you won’t need a separate remote control for the Chromecast as you do with Apple TV. In fact, your mobile device itself becomes the remote. Any tablet or smartphone will operate the Chromecast, and Google does truly mean ‘any’. They’ve already got it set up to accept input from Apple iOS or Android devices, making it far more democratic than the Apple TV.

Another fantastic upgrade Chromecast features over similar products is that it doesn’t freeze the use of your mobile device. Once you power the Chromecast up, you use your mobile device to navigate through your browser to whatever piece of content you want. Once you’ve got it in your crosshairs you simply tap the “Cast” insignia that will now appear on your device, and the content heads to your TV through the Chromecast. But Chromecast isn’t playing the content off of your device, instead it simply uses it as the digital pointer. Chromecast will pull the actually content off of Google’s cloud system, leaving your tablet or smartphone available for whatever else you require. You’ll be able to make and receive phone calls or text messages even while streaming your content, so there’s really no downside to turning your device into the remote.

To date, Chromecast can stream content off of Youtube, the Google Play TV and film offerings and Netflix’s streaming serivce. If music is your thing you’ll be able to access Pandora and Google Music. It’s slightly limited right now, but don’t expect that to be the case for much longer. Chromecast is open to developers, so anyone will be able to adjust their apps, whether driven by Cisco memory or the iOS, to be compatible moving forward. And if you browse the internet using Chrome, you’ll be able to send that image to your television as well.