In the days that Blackberry reigned in the mobile market, smartphones had been pretty basic and boring. But now that the likes of Samsung, Apple, and even Microsoft are battling it out in the smartphone market on which one could come up with the most powerful technical specifications, fans of every game genre can now look forward to an incredibly enhanced playing experience – while they’re on the go. 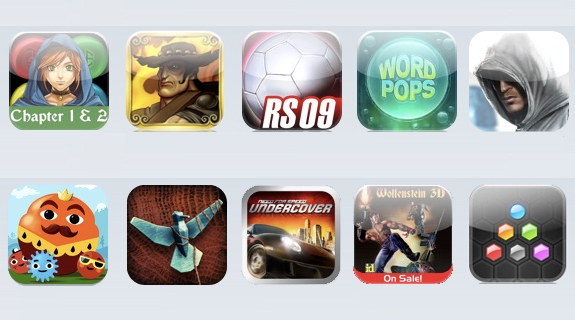 Marvel: War of Heroes
If you cannot get enough of Marvel heroes and card battles, then you can have two of your most favorite pastimes in just one application with the newest mobile game from the famous comic book company. You get to include the most famous Marvel characters in your team and battle the most famous Marvel villains as well. You also have the option to play solo or join an alliance. Boosts and new cards are available to earn with both “game” and real money.

Dragonvale
A lot of mobile game developers had tried duplicating the ever-successful but virtually inimitable formula of Pokemon in hopes of enjoying similar success for major platforms like iOS and Android. Unfortunately, most of them had failed – until Backflip Studios came out a year ago with Dragonvale.

The incredibly successful game starts off with players gaining an island theme park to clean up, design and decorate and “fill up” with dragon attractions. Dragons can be purchased or bred. Dragons vary according to their base element. Different element combinations make up different dragons. A simplified tap mini-game is also provided for players to win a variety of prizes.

It may not yet have the battle mode that made Pokemon famous, but there’s no saying if that’s off the cards with Backflip Studios diligently releasing updates every so often.

Snoopy’s Street Fair
If you love playing tycoon by building your own theme park, village, or even your own lemon stand empire then you will definitely enjoy playing this game. Speaking of lemon stands – that’s exactly what you start out with, but you will have a nearly endless range of opportunities to choose from so that your street fair would constantly turn up profit. Making it more fun is the entire cast of Charlie Brown – you also get to choose one of the characters to play, by the way.

Other games similar to this include Smurfs Village and The SIMS Free Play.

Draw / Sing Something
These are turn-based games that allow you to challenge your Facebook friends and other online users – you can challenge random individuals, too – with a game of Pictionary or karaoke. It’s free to play, but you also have the option to pay real money in order to buy hints and new colors in Draw Something as well as new songs to belt out, hum, or play in Sing Something.

One thing you should know about the games listed above is that all of them require an online connection to work – preferably one that will allow these high-resolution games to load quickly and seamlessly. In order to get a better idea of what packages Internet service providers actually offer, see what comes up using this tool.

Author is a well-known self-help guru, whose advice is particularly sought after in the realms of e-commerce, mobile web development, and technology.