Former United Nations Secretary General, Kofi Annan, has this week suggested that international food security depends on the continent of Africa experiencing a “green revolution”. Mr Annan was speaking in his capacity as the Chairman of the Alliance for a Green Revolution in Africa (AGRA), a body that campaigns for green issues across the continent. He went on to explain that the issue of food security was closely linked to sustainability.

The global food system is currently under tremendous strain. A booming population is leading to an increased demand for food across the world, whilst economic factors are conspiring to push up the cost of many staple crops, such as rice, wheat and potatoes. The supply-side problem could be addressed if lands in Africa were developed properly and made capable of yielding the crops that could potentially be grown on the continent. According to figures put out by the Alliance for a Green Revolution in Africa, sixty per cent of the world’s uncultivated arable land is located in Africa, which means the land mass could be key to addressing growing global demand for food crops.

Mr Annan was unequivocal that any attempt to develop the latent farmland resources of Africa needed to take into consideration the lessons learned in Asia and South America regarding sustainability and environmentalism. Agricultural policy across Africa needs to be “climate smart” ensuring increased productivity is resilient to a changing climate and does not damage the surrounding natural environment. As well as this, land, labour and capital should be treated carefully in order to ensure as little wastage as possible. 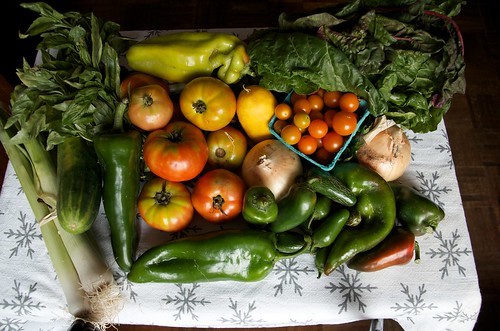 In his speech, Mr Annan also implored western governments to avoid becoming complacent over the issue of investing in African food production, irrespective of their domestic financial predicaments. Development of African farmland requires input from outside sources. Without it, the potential of huge quantities of fertile, rich farmland will remain untapped. However, it was not just western governments that Mr Annan was urging to action. He also insisted that African governments would need to show initiative themselves and get the ball rolling with the “green revolution”.

Mr Annan’s speech came as part of the second African Green Revolution Forum, which was held in Arusha, Tanzania. This year’s forum was all about increasing investment and innovation in sustainable African food production in order to achieve continental and global food security for future generations. The plan laid down by Mr Annan placed African farmers squarely at the centre of future developments in Africa, but in a manner that would ensure that smallholders were fairly treated and encouraged to work towards a common international goal.

The forum attracted representatives from across the globe, who were all keen to find a way of utilising the massive potential represented by unused African farmland. Leaders from across Africa were present, as well as the heads of many international food corporations, private foundations and western government agencies. Also in attendance was Melinda Gates, who together with her husband Bill Gates, runs the Bill & Melinda Gates Foundation.