A synthetic opiate introduced in the 60’s, fentanyl was first utilized as an anesthetic that was administered intravenously prior to surgery. It is similar to morphine, though much more potent. Now doctors usually prescribe the drug to treat and manage chronic pain as a measure of last resort because of its highly addictive nature. It can come in the form of pills, patches, lollipops, sprays, or discs that dissolve in the mouth. Once absorbed it works to drive up dopamine levels in the brain to stimulate feelings of relaxation and well-being that bring pain relief. Because of its potency, fentanyl has been illegally bought and sold on the street since the mid-70’s, and the government classifies it as a narcotic. The effects of the drug mirror those of heroin, but the euphoria wears off more rapidly making it more addictive than heroin. Users tend to build a high tolerance as well. These factors lead to a higher likelihood of overdose which is deadly in most cases. Other side effects include unconsciousness, confusion, respiratory depression, and even respiratory arrest. 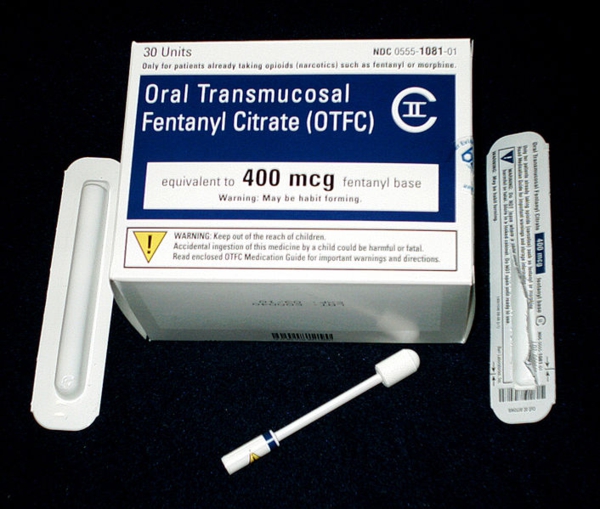 FENTANYL WITH OTHER OPIATES

Whenever two opiates are taken together the chemical reactions are heightened. Opiates work by binding to opioid receptors which are found in the central nervous system, so it is the system impacted by the benefits and side effects. As has already been mentioned, fentanyl also affects the respiratory system. When fentanyl is prescribed in conjunction with another opiate such as codeine, oxycodone, or methadone, patients need to be carefully monitored because of the serious risks associated with a double dose of opiates. Potential problems include extreme sedation, depression of nervous and respiratory system, coma and even death. The elderly and frail are at greater risk, but even patients who are able to walk need to exercise caution when performing activities requiring motor coordination until it is known how the interaction will affect them. Addiction and increased tolerance levels are another cause for concern with combing fentanyl with other opiates. The higher the dosage and frequency of use the greater the liklihood of tolerance levels going up to unsustainable levels. This can lead to physical and psychological dependence. Opiates are potent and all caution should be used when they are used. Those are the reasons why Fentanyl and other strong opiates are only used in pain management like cancer and similar pain level treatment where regular pain medicine will not work for the patient.

Peter Wendt is a self employed writer and researcher living in Austin TX. If you like to find out more visit this site :more info