Hollywood movies have huge expenses, and it is genuinely mind boggling to think of all the various aspects of the film industry that need to be financed when creating a new movie. With all of the “Above the Line” and “Below the Line” financial aspects to take into 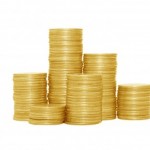 consideration, finding the right type of funding from a range of sources is usually what is needed for film makers to produce the best quality film.

Whichever studio is creating the proposed film will generally have an invested amount of money set aside specifically for future projects. This means that profits made from previous films can be put towards paying for actors, writers, producers, a director, crew, sets, costumes, travel and food. Out of all finances acquired through the release of a movie, the studio keeps around 75%.

With so many aspects of the film making process to think about, it is no wonder that some studios seek help from private investors or private equity firms in order to gather the finances needed to pay for expenses, print and advertising, set designers, digital artists and more.

The print and advertising (P&A) aspect of financing can often be a hefty part of the financial planning when it comes to printing for advertising plus the production of DVDs etc. An example of this is a private investor such a Elliott Broidy of Broidy Capital Management who recently invested $25 million for Panda Media’s P&A.

Film on Demand and the rights to the film when broadcast on TV is another thing to take into consideration when planning finances. It is also a great resource for making back the money spent on the film, even if it is over a long period of time (money can be earned for the film and the company every time it is shown on television).The television rights which networks will have to pay if they want to show your film can be in the millions, depending on how successful that particular film was at the box office.

The box office is in fact one of the main sources of financing for Hollywood blockbusters, but it is yet again a source of income which will only reach the production company once the film has been completed and debuted. The opening box office figures that you will see plastered over the internet or in movie magazines can be a little misleading however, and when you see that a film has made $60 million in its opening weekend, the studio will see 70% of that and the cinema will keep the rest.

Of course, the investment in creating soundtrack CDs, DVDs, toys or theme park rides will represent a significant investment in the film, and utilizing an existing budget from the studio will usually enable a film company to generate more profit through popular merchandise. Disney for example makes approximately $8 billion a year just through selling merchandise!