A paternity test is a procedure that is used to determine if someone is the biological parent of another individual. The testing relies on the comparison of the deoxyribonucleic acid (DNA) sequences of both parties. The results are very conclusive barring contamination or an incredibly rare genetic condition in one of the participants known as chimerism. The testing process is normally non-invasive. It takes anywhere between three days to one week for the results of the test. The entire process of testing for paternity occurs in a few different stages. 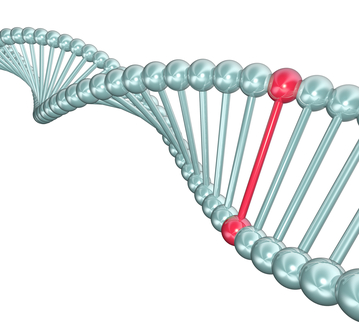 Collection
The first step is the collection of genetic material from the child and from the suspected parent. There was a time where this meant drawing blood. Modern DNA fingerprinting does not require blood. The cells that are necessary for the test are collected from the inside of the cheeks in the mouth. A trained professional will use an item called a buccal swab that looks like a large cotton swab. The swab is run along the inside of the mouth until enough material has been collected. Collection needs to be performed in a controlled environment. The buccal swab could be contaminated if the proper procedure is not followed. Contamination results in invalid or inaccurate test results.

Extracting DNA
The samples that have been collected are taken to a laboratory where they are prepared for testing. The DNA of each party is extracted from the cells on the swab. The DNA is isolated and any troublesome materials are removed from the sample. The DNA is then put through a process known as a polymerase chain reaction (PCR). This duplicates or amplifies individual sequences of DNA so that they are easier to work with and can be more accurately identified. The final step is the sequencing of the genes. This can be done manually or the sequencing could be automated. The result is an accurate report about the sequence of genetic material from the samples.

Accuracy
Paternity is determined by checking multiple locations for different sets of matching genetic material. The test is accurate when used to exclude someone as a parent because there is no question about genetic materials that simply do not match. The accuracy of including someone as being the parent of a child is generally given as 98 percent or 99 percent. This percentage is determined by calculating the statistical chance that two completely unrelated individuals would have the same DNA sequences. The accuracy is higher based on the number of locations that are compared. There is an incredibly small chance that two people on the planet would actually have matching DNA sequences although the odds are astronomically high.

This post was provided by Veronica Peters, a lab technician specializing in paternity issues. She was impressed by the efficient DNA testing services offered by The Centre for Legal and Medical Genetics during a court mandated issue.