Many criminal cases result in a plea bargain rather than a jury or judge deciding the guilt of the defendant. Plea bargains expedite the criminal court proceedings, saving both the state and the accused valuable time and money. 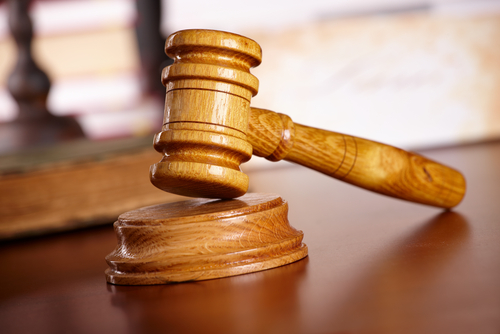 Defining Plea Bargains
In general, a plea bargain is legally defined as an agreement between a prosecutor and a defendant. The agreement usually reduces the charges being levied against the accused in exchange for a reduction of the charges, a recommendation for a lesser sentence or a combination of both of those things.

Why Plea Bargains Are Offered
One of the most common reasons a plea bargain is offered to a defendant is to speed up the criminal court process. Backlogs of pending cases are a problem in just about every criminal jurisdiction. Plea bargains can expedite a potentially lengthy criminal case by skipping the presentation of evidence and moving directly to the sentencing phase.

Another reason a plea bargain is offered is the prosecution believes the defendant is guilty but is concerned a judge or jury will not find that there is a strong enough case to reach a conviction. In such a situation, the defense will accept the plea bargain if they are of the opinion that a protracted trial will be detrimental to the defendant.

Plea Bargain Approval
While the judge presiding over the case has little to no input into the details of a plea bargain that is offered to a defendant, the agreement needs to be approved and deemed legal as well as constitutional. It needs to be clear to the judge that the defendant is entering the plea with the knowledge that it waives their right to a full trial and that there is evidence of the crime having happened. A judge can deny or alter a plea bargain to make it appropriately legal and within the defendant’s rights.

Benefits and Drawbacks
Every plea bargain situation presents different benefits and drawbacks to the person putting in the plea and accepting consequences. A qualified criminal defense attorney can help you determine whether or not the plea bargain is in your best interest. A plea bargain can help you stay out of jail or shorten the time you have to spend behind bars but it does mean accepting guilt for a crime.

Plea bargains help move criminal cases through the courts quickly and give accused parties an opportunity to reduce charges against them. Always consult an attorney before accepting or denying a plea bargain.

Billy understands how complicated the judicial system can be. For this reason, attorney Billy Skinner often writes articles and gives advice on current legal processes.