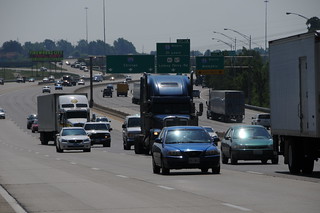 Many car manufacturers are equipping vehicles with tools that help drivers avoid accidents. Cars may have lane departure warning systems that make your steering wheel vibrate when you’re getting too close to the edge of your lane. Other detection systems can help you avoid backing into objects or colliding with a car that you didn’t see in your blind spot.

Technological advances are making the roadways safer for drivers in the United States. Following are some of the ways technology is protecting drivers.

When a tractor-trailer malfunctions on the highway, the results can be disastrous. But drivers are on the road so much that potential problems with the engine might be overlooked until something goes wrong. One way fleet managers can help prevent truck breakdowns is to use fleet tracking software, which provides near real-time reports about trucks in the field, even if those trucks are hundreds of miles away.

When an engine fault is detected, the software alerts management. It also collects and reports hourly diagnostic information, which can help managers anticipate mechanical problems.

The U.S. Department of Transportation has been testing vehicle-to-vehicle technology in Ann Arbor, Mich., for several months, where about 3,000 people have been driving cars equipped with V2V communication.

Using short-range communication, cars with V2V technology can pick up on signals that drivers can’t see. For example, a car can detect sudden braking a few cars ahead and warn its driver to slow down. This technology is still in the development stages, but it has the potential to save a lot of lives.

Have you ever gotten stuck in a highway traffic jam? The speed limit sign may say 65 mph, but traffic moves at a snail’s pace, picking up momentarily only to slow down again. That kind of stop-and-go traffic can create the risk of fender-benders and multiple-car pile-ups. But variable speed limits may help reduce the congestion that leads to crashes.

In 2012, Georgia’s state transportation department approved the installation of variable speed limit signs along the northern portion of Interstate 285. This busy section of the highway that encircles Atlanta is known for stop-and-go traffic, and officials think the new electronic speed limit signs will ensure the smooth flow of traffic, by changing the speed limit, as needed.  The signs – which have yet to be installed – will adjust speeds in 5-mph increments.

There may come a day when “driving” a car is an obsolete concept and cars operate without the need for human guidance. With some of the recent advances in automotive technology, that day may be sooner than we think.