What contributed most to the emancipation of women in the 20th century? The invention of the contraceptive pill played a big role, as did the ability for women to work outside the home, but one factor that is perhaps not given its dues is the rise of the domestic appliance. For the majority of the 20th century, women were expected to perform domestic chores, from washing and ironing clothes, to cooking, scrubbing the dishes and cleaning the house. However, in the 1950s and 60s, as domestic appliances became more widely available, cheaper and technologically more advanced, women were freed from whole days spent washing clothes by hand, sweeping and scrubbing floors and preparing and cooking meals with rudimentary equipment. They were liberated from the drudgery of time-consuming domestic chores which, in turn, played its part in women’s liberalisation. 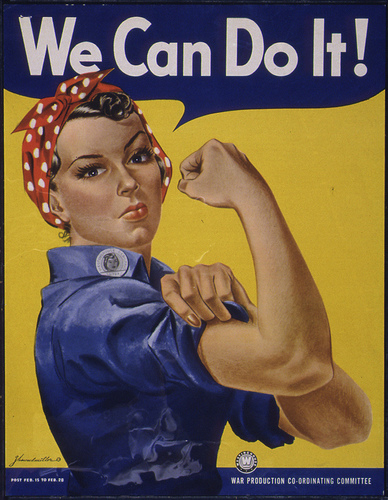 Each household appliance represents a saving of hours of daily toil which, in the mid-20th century, was exclusively the woman’s domain. For example, before washing machines became mainstream, women were forced to spend endless hours washing clothes in a bath tub or bucket and then cranking them through a mangle to dry. The ability to throw clothes in a machine, pour in some powder, and press a switch for clean clothes without any of the hassle meant a saving of a good number of hours.

The same is true for other time saving appliances such as ovens, microwaves, vacuum cleaners, electric mixers, irons and dishwashers. The rise of the home appliance meant that women could throw a load of clothes into the washing machine, stack the dishwasher full of dirty dishes, and then leave the house for the day, which in part led to women seeking jobs in the workplace. Suddenly, there was time for women to have careers and lives outside of the home. Women could leave the house, work, and still run the household.

Of course, for real emancipation, attitudes towards women’s roles had to change too – something that didn’t begin to happen until later in the 20th century – but by freeing up the time of women to pursue other interests and even careers, domestic appliances did in part pave the way for the liberation of women. Certainly, if nothing else, domestic appliances provided an emancipation from drudgery. It is hard to imagine the home without washing machines, dishwashers, vacuum cleaners and irons. Thanks to the domestic appliance, women will never have to go back to being slaves to housework.

In the mid-20th century, companies such as Fisher & Paykel Home Appliances freed up a vast amount of time for women to pursue careers, indirectly contributing to their liberation.