Posted in Entertainment
Author: Editor  Published Date: October 26, 2012  Leave a Comment on How The Irish Language Has Become ‘Cool’

For decades upon decades, children in classrooms all over the emerald island of Ireland have been learning Irish. Irish is obligatory for most, a measure that aims to keep the language alive and to keep the Irish people in touch with their cultural heritage, but many people leave school with bad memories of complex verb conjugations and incomprehensible grammar rules and very little ability to actually speak the language. However, in the past decade, a shift has occurred and young people in particular are beginning to see Irish differently – to think it’s cool, even. 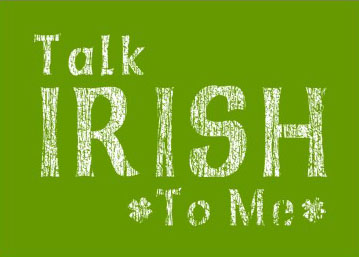 Irish College
The ‘mad craic’ of Irish college in the summer months is one thing that has Irish teenagers engaging with the language in a more dynamic and fun way, changing their relationship with and their opinion of the language. When Irish is spoken amongst friends, at the dinner table, at discos and when out gallivanting, it comes alive in a way that it simply cannot in a classroom.

Pop Music
In the past few years, there have been a few Irish-language pop songs, which again turn Irish into something with which young people want to engage. The Coronas did an Irish version of their popular song ‘Heroes or Ghosts’ called ‘Taibhsí nó Laochra’ which went on to become even more popular than the original. Likewise, the chart-topping song ‘Some Nights’ by Fun was recently covered by a group of students who did a catchy Irish cover that has since gone viral on YouTube.

Radio Stations
Radio stations are now encouraged to devote a certain amount of air time to Irish-language presenting. Spin, one of the most popular Irish music stations, sometimes does their charts in Irish, which means that everyone who tunes in is absorbing the language and hearing it in a real setting rather than in artificial classroom conversations and role playing activities.

Funny T Shirts
Another sign of Irish’s newfound ‘coolness’ is the recent proliferation of Irish-language funny t shirts bearing slogans such as ‘Fan nóiméad, cá bhfuil mo gheansaí?’ (‘Wait a minute, where’s my jumper?’), a line from the humorous pop-punk song by The Sultans of Ping FC. By entering the world of humour and comedy, Irish is ensuring its survival amongst the young.

With Irish entering the world of music and popular culture, it comes as no surprise that the language is being integrated into the lives of Ireland’s youth outside the classroom. What is perhaps most striking is the number of people who now use their Irish name as their username on social networking sites such as Facebook. If Irish is being used on Facebook, it really has become cool!

This article was written by Irish language teacher Maura Hennessy on behalf of a leading online provider of funny t shirts.