With the invention of ultra sound scanning to determine the gender of babies, there is now no need to rely on superstition and old wives tales. However, for thousands of years there were all kinds of ways people thought could predict the sex of an unborn baby. They range from the downright bizarre to the almost believable, and here are a few of them to entertain you.

Beauty of the pregnant mother

It was once believed that pregnant women who looked beautiful were carrying boys, as girls were thought to ‘steal’ the beauty from their mothers. Mothers who put on weight all over were thought to be due daughters, whilst those who only gained weight from carrying a child, were believed to be due boys. The manner in which an expectant mother was carrying her child, was also supposed to be an indication of the gender, with babies being carried low being attributed to being male. 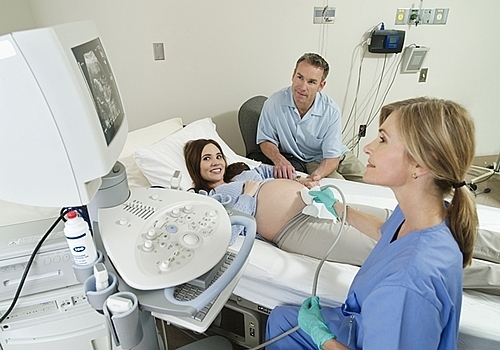 If you have a hankering for salty foods such as cheese and bacon, it was once believed that this was a sign your baby was going to be a boy. On the other hand, sweet cravings were meant to mean you were due to have a girl.

Having to shave your legs more often might be a sign that you are due to give birth to a boy. Maybe it is easy to understand why this myth came about, but there isn’t a sound scientific explanation to back it up.

Dangle your wedding ring over your belly

Attaching your wedding to a piece of string and holding it over a pregnant women’s belly was another dubious method used to determine gender. If the ring moved in a circular fashion a boy was on his way. If it moved from side to side a girl was due.

Another way people thought you could determine the sex of your baby, was to take the heart rate of your baby. If the rate was 140 beats per minute (bpm) or higher at full term (37 weeks) this was meant to indicate a girl. Those with heart beats less than 140 bpm, meant a boy was due.

The Egyptians devised an early pregnancy test in which the pregnant woman urinated onto bags of wheat and barley. If the wheat grew, it meant a a girl and if the barley grew, a boy. If neither grew, it was considered a sign of still birth.

Suzanne is a freelance writer and has supplied this post on behalf of Bundles of Joy, a UK based company which sells quality baby gifts and other gifts for special occasions.