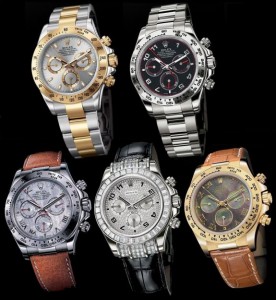 Have a serial number confirmed

Get a Certificate of Authenticity

An important document, a Certificate of Authenticity proves that a Rolex watch isn’t fake. Although its serial number can be checked to determine a Rolex’s authenticity, having this document does save a lot of hassle, especially as it proves straightaway that it is a genuine model. If its owner has lost this document, they can request a copy from an official Rolex dealer, such as a jeweller. As it doesn’t cost a lot of money or take a long time to have this document reissued, it won’t be a massive inconvenience. By providing a Certificate of Authenticity when a Rolex watch is being sold, a higher figure could be paid for it. This is because its new owner won’t have to get this document themselves.

Have a Rolex watch serviced