Some bosses are inspiring, like Nelson Mandela, while others are as personable as Hitler. It can be incredibly difficult to deal with a boss whose sole purpose seems to centre on making your life hell. It’s usually a Catch-22 situation, as you have to respect your boss, but you don’t want to be a pushover, either. However, there are ways of coping. Here are some strategies to help you stay calm, and perhaps make you a little more courageous. 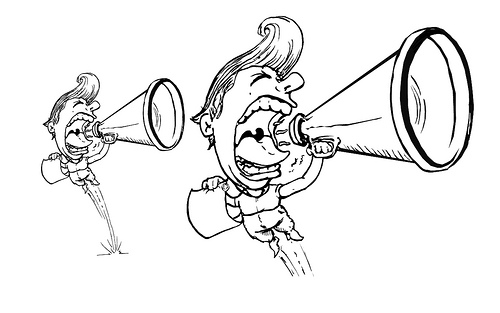 Anticipate
If you’ve been working with your boss for a while, you should be able to gauge how they will react in certain situations, based on past behaviour. Sometimes you can even tell what mood your boss is in as soon as you arrive at your desk. Psychology Today recommends that you practice your responses beforehand. For example, if you know your boss will start ranting at you because the net server is down, say, “I’ll come back when you’ve calmed down.” This may not work with some bosses, as they’ll see it as a challenge to their authority, while others may appreciate your honesty. Always read the situation – and your boss – before responding to their behaviour.

Keep records
If your boss is particularly nasty, you’ll need to keep track of what’s going on, just in case. TechRepublic suggests that you document everything, from insults to when co-workers complimented you on a job well done. Making a note of all previous positive incidents can serve as ammunition in case things go horribly awry. Write down dates, times, and who was involved. It’s alsorecommended that you keep these records at home and not on your work computer. You can use them as evidence, in case your boss unfairly accuses you of unprofessional behaviour. For example, if your boss keeps yelling at you about being “lazy”, you can keep a record about the time you arrived at work each day (assuming, you arrive on time!). It will certainly infuriate your boss if you shove data in their face, but they won’t have a leg to stand on.

Be professional
No matter what happens, you need the patience of a Zen master. Whatever you do, don’t fight fire with fire. Keep your cool – and your dignity – at all times. Even if your boss is raging at you and using profanities, you should never respond in kind. This doesn’t mean that you ignore what they say, though. Psychology Today suggests that after the incident, you should report it through the relevant channels, such as HR, or to your boss’s superior (if they have one). TechRepublic adds that if things do blow up, and you decide to hand in your resignation, don’t burn your bridges. It’s always best to try leave on (relatively) good terms, no matter how bad it gets. It can be tempting to tell them what you think as a parting shot, but don’t do it. Be humble, as you never know when your paths my cross again in the future.

Throughout your career you’ll come into contact with a difficult boss or two. The trick is to always stay calm, professional and humble. Be the bigger person and your boss won’t be able to fight back. Anticipate how they’ll react and you could have the upper hand. It’s also advisable to keep records and evidence, as this can serve you well in the event of parting ways … which is probably a good thing if your boss is like Hitler!