Posted in Health
Author: Editor  Published Date: October 1, 2012  Leave a Comment on I Have A New Pet In College

My family has always surrounded us with pets and livestock in our home in Nevada. Dogs, cats, Chickens and a few more exotic creatures too, including snakes and even a small alligator. All of this was very normal to me and without knowing it I was really in love with some of the pets especially my favorite dog called Trent. Trent would sit with me as I did homework and essay editing and would be my best friend when I needed cuddling.

Now the thought of leaving Trent and all the other animal friends and come to college was a huge problem for me to face up to. Not having a pet around at college was going to make my life feel empty. No matter how many times I think about it the more I would go into a panic. 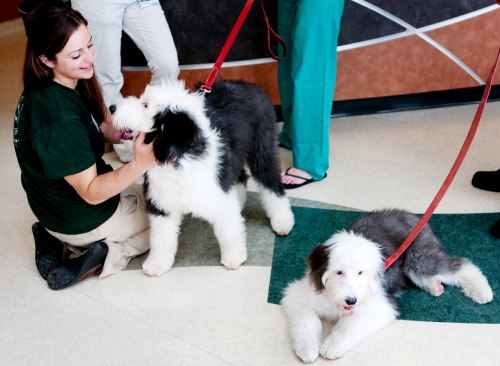 Arriving at college I was surprised to find that everyone was friendly and we all made each other feel at ease about our new lives and our new home.  My room was great and the college life was much better than I ever expected, but I still missed Trent and would phone home every week and shout down the phone at Trent. At first he barks back and now he does not.

One Wednesday morning I was woken up by a very loud bird outside the window and I mean very loud. It was so noisy and annoying that I went to window to frighten the bird away. There on the window on the ledge was a very small sparrow that had one wing sticking out and was obviously broken. The poor thing may have smashed into the window and hurt itself as there was a sure sign of an impact on the window.

I gently opened the window and to my surprise I was able to capture the bird in my hand, I can only assume that it was in such shock it was not really aware of me. I placed it on a pillow and put some water next to it and had to go to class. Hours later I returned and found that Sparky (the new name) chirping away and looking much better. I was still able to stroke him or her and maybe that was because Sparky was too young. I am not really sure why he was so placid.

For two days Sparky would watch me as I did essay editing and watch TV. I would open the window and see if he showed any interest in going but he stayed. I left the window open for three days and he never left. On the fourth day when I woke up he was gone. I had Sparky as my pet for a few days and I loved it.

Paula Thompson has a new pet now which is a Goldfish called Harry.