Before, oil water separators are commonly used as shipboard equipment which allows proper water treatment of bilge water. It is almost unavoidable among all sorts of ships to produce bilge water and any direct discharge of such waste could only result to undesirable environmental damage. That is exactly why one of the standards among shipboards is their oil water separator facilities in order to remove oil contaminants produced in the engine rooms. It has been a requirement among all the shipboards to have their own well-fitted oil water separator equipment since the year 1970. But nowadays, the use of efficient oil water separators has gone into more commercial applications. The following details of this article will tell you more about the other commercial uses of this equipment and why it is important. Here they are: 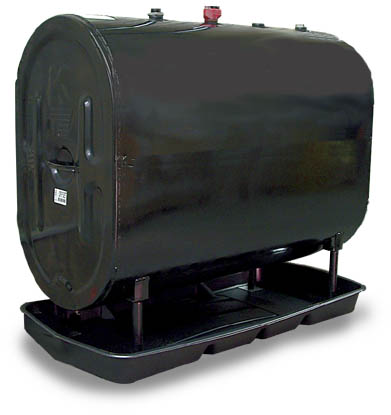 Oil water separators help to remove waste oil to increase the efficiency of a biodiesel plant’s processing operations. Just like in shipboards, waste oil is also an avoidable by product during the production of biodiesel. Water on the other hand plays a very important role in biodiesel production. It usually includes equipment cooling and washing. Regardless of whether a certain biodiesel plant recycles the water or sends it directly to a local treatment plant, it is very important that the oil is already removed. Environment authorities must reinforce proper regulation of biodiesel plants since many of them still don’t make use of any water treatment facilities.

One basic example of this is a polyvinyl resin plant that uses oil during the polymerization process. Before, the waste by products among chemical production plants are just being dumped without considering how much did they exceed upon allowable level of waste contents. If caught, this could mean a huge amount of fine set by the government. To avoid from being charged, chemical production plants would rather want to invest to have their own water treatment facility such as an efficient oil water separator. This way, companies will not only save a lot of money and be able to operate properly, they can also earn some money by reselling the collected oil during the separation process.

Several food production processing plants use oil to operate and process different foods especially those that require deep frying. Proper food processing and cleaning are both fundamental factors among food production plants. The process of deep frying would certainly require huge amount of oil and the oil can only be reused for several times. The cleaning phase is usually the stage in which the oil and water are mixed together. This is as well inevitable since the equipment would certainly have oil residues which need to be cleaned before using them again. Just like in chemical production, food production plants could also earn more income by reselling their collected oil to biofuel plants.
Companies that belong to any of those industries mentioned above should never hesitate to invest for a good oil water separator. It might require a huge amount at first, but the facility could be very beneficial in the long run. Additionally, the equipment will literally pay for itself since companies could also generate more income out of the waste products produced by oil water separators.