Posted in Entertainment
Author: Editor  Published Date: August 14, 2012  Leave a Comment on Is Location Everything?

Most have heard the saying ‘Prime Real Estate’ This is basically property which is considered to be in a perfect position, whether it be due to accessibility ie. Close to an airport and/or local transport links, in a City Centre or effectively in a desirable location. Property or businesses in these desirable locations tend to generate a lot of money whether it is by selling goods/ services or just the value of the property itself.

This surprisingly is linked to the film industry. It is most likely that the locations used in feature films are never even thought about whilst one is watching the film itself. If someone actually sits back and considers all of the different settings that are used it is astonsishing. There is only so many sets that can be created or made. It may be difficult to build a field or a huge country mansion inside of a unit. 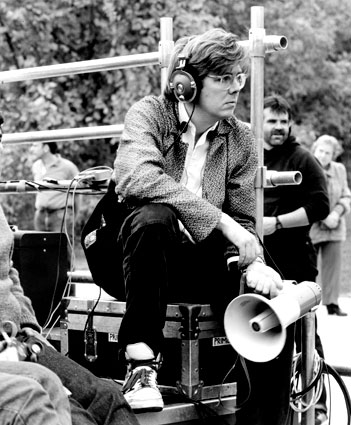 As a result of the impractical nature of the above, locations/buildings/houses etc are hired out across the country. Using these locations are what makes the films what they are if computer generated scenes aren’t available, which lets be honest aren’t available to all. It is these different locations are what makes films believable, there are all sorts of locations that can be used, residential properties, commercial buildings, factories, office buildings, schools, hotels and even trains and ships. Unfortunately there are limitations for some of the different sci fi movie makers out there. For example let’s be honest you may struggle to rent out Mars for a few days.

Everybody has their favourite films. Imagine if those films ‘down graded’ the locations and/or buildings they used. They simply wouldn’t be the same film. It would appear cheap and worthless. It is almost certain that the hundred million pound it generated would be cut, and in an extreme case may struggle making even a ‘tenner’.
Any serious film maker has most likely rented/ or used a property for their film. Let’s be honest though, those that use their bedroom or their parents house are never really going to make any money or even be a good watch unfortunately.

For those interested there are several websites about that offer all sorts of solutions for the current master piece that is being worked on. It is surprising that Oscars aren’t awarded for ‘Best Loaction’ in all honesty. Although the problem would be who gets the actual award, surely not the building itself?

Jack Duls writes on behalf of The Location Collective Ltd