Posted in Cars
Author: Editor  Published Date: September 14, 2012  Leave a Comment on Is Your Car Susceptible In A Partial Impact Collision?

Nearly all of the new passenger vehicles produced today score very high in frontal crash tests. The modern design of the car’s frame and the introduction of energy-absorbing parts into the vehicle construction have greatly reduced the likelihood of serious injury in a head-on collision. However, recently gathered statistics by the Insurance Institute for Highway Safety has indicated a lack of attention to passenger safety in the event of a partial impact collision, which is an impact involving a corner of a vehicle.

Approximately 25 percent of all vehicle collisions are partial impact collisions. Known as overlap crashes, these accidents result in an extensive amount of vehicle damage and put drivers and passengers at high risk for serious injury. 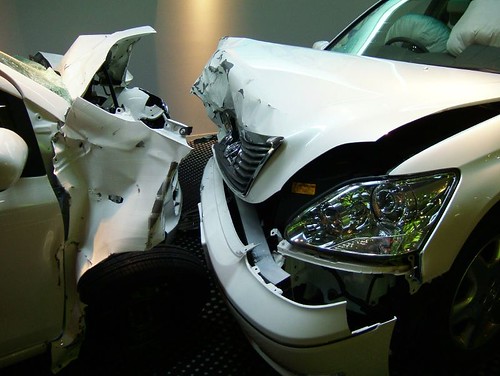 Over the past decade, auto manufacturers worldwide have studied the results of crash tests and noticed that the greatest single factor contributing to injuries and fatalities is the dissipation of energy through the passenger cabin. If a car’s outer frame cannot withstand the force of a frontal impact, much of the energy is conducted through the outer shell and into the interior.

Automakers have taken steps to improve the vehicle’s ability to absorb the shock of a head-on collision. The front-end of today’s cars have a very complex design that includes crumple zones on both the steel frame and the outer skin. Much of the energy transfer is dissipated through the frame and chassis, with only a small portion of the force being absorbed by the interior components.

The Problem With Overlap Crashes

Many of the accidents occurring on the road involve a collision between the car and a standing object. The driver may swerve to avoid the collision but fail to completely steer the vehicle out of harm’s way. The resulting impact occurs not in the front of the car but to one side.

These corner crashes result in a sideswiping collision that directs nearly all of the force down one side of the vehicle. The structural integrity of the front framework plays only a small role in terms of energy absorption. Most of the force ripples down the side of the car, crumpling the front and rear doors inward.

The interior of the vehicle suffers major damage because the force meets little resistance from the cabin materials. The side-impact door beams are likewise crushed inward and cause further destruction to the passenger cabin.

The IIHS crash tests performed in 2012 focused on the consequences of overlap collisions in current model passenger vehicles. Of the 11 models tested, only three passed the partial collision crash simulation with an acceptable score. The other vehicles in the test suffered major damage to the cage and interior.

Because today’s vehicles are designed to withstand a powerful impact from the front, the results of the tests were not surprising to the IIHS. The design flaw is in the construction of the front end of the frame. Although constructed to absorb a head-on collision quite well, the shearing motion of a partial front end impact literally tears away the side of the vehicle and sends much of the energy inward toward the passenger cabin. 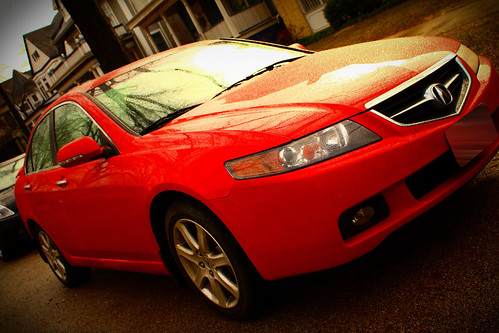 Several of the models tested scored marginally or very poor on the overlap crash tests. These include the Acura TSX, BMW 3 series, Mercedes-Benz C-class, and Lexus ES 350. Although these are luxury or near-luxury vehicles, inattention to the cage design is not something that should be overlooked and is an important component of vehicle safety.

The obvious next step for automakers is to improve the construction of the vehicle’s cage and allow for a greater amount of energy to be absorbed by the sides of the car. The IIHS estimates that nearly 25 percent of all fatalities involving passenger cars are a result of the weakness in the vehicle’s corners and the shock of impact being conducted through the sides and into the interior.

Jason Nelson contributed this article on behalf of www.discountcarinsurancequotes.net where you can learn more about vehicle safety and get free quotes and compare rates from top insurers.