‘Hamsterdam’ was an episode of the Wire that explored the notion of legalising the drug trade in a regulated manner. In the episode, Major Colvin cleared out several city blocks that were located away from schools and homes and made them ‘drug-tolerant’ zones, where dealers could sell their wares without fear of being arrested by the police on the condition that no weapons were brought in and all the dealing stayed within the confines of the designated area. 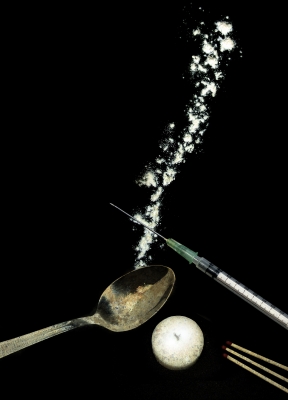 The result was a city-wide drop in crime, more efficient police work inside and outside the zones and the increased provision of health and social services to at-risk populations. Children who had been employed as lookouts or runners were no longer needed and were dismissed from service, free to return to school. ‘Hamsterdam’, it seemed, was rather successful in many ways.

Should we legalise drugs?
As Major Colvin eventually found out, the legalisation issue is not simply one of crime statistics. The arguments for and against the legalisation of drugs encompass individual and group rights, politics and public opinion as well as deeper issues of morality.

As a country that deeply respects and protects the rights of the individual, America’s stance that it is wrong to consume drugs seems counter-intuitive. Does the government have the right to legislate against a personal action, particularly when smoking and alcohol are legal? We all saw how well Prohibition went and the tobacco industry seems to be doing just fine.

Furthermore, the money saved on an ineffective clamp down on drugs could be spent on making consumption safer and fund the programmes associated with regulating the trade. The government would be able to tax the sale of drugs and use the money for food kitchens, clean needles and condom distribution, not to mention providing some much-needed funds to the justice department so they could regulate crime.

If there was ever an argument to legalise drugs, take a look at the current state of the war on drugs – it’s not working.

Well then, why haven’t we?
Drugs are a poison in many ways. Addicts do not make rational decisions about whether they should or should not take heroin. A crack user does not reason that they do not have the money to afford drugs – they’ll steal to fund their habit. Therefore, individual rights need to be protected by the state, not to mention the people they’re stealing from. Drugs are not an individual issue because the consumption of them has wide-reaching effects.

The legalisation of drugs would increase consumption as without a deterrent, people would believe that it is fine to consume drugs when there is a very real health risk to taking them. Even if the state were to support purification, this would just make them more addictive and deadly. Providing clean needles simply means removing the risk of contracting a blood-transmissible disease but does not negate the danger present in the drug itself. According to the USDEA, approximately 6-15% of people do not do drugs because it is illegal and once the deterrent is removed, these people would likely try them and become addicted.

Furthermore, any money saved by not fighting the war on drugs would inevitably need to be poured back into the justice and health systems and into policing corruption. The total elimination of the black market is unlikely as corporations can move into the gap and deal with the now-legitimised drug kingpins themselves.

Contrary to popular opinion, legalisation has been tried before – and has failed. Alaska legalised marijuana in the 1970s only to recriminalize it in the 1990s once they realised that usage amongst teenagers was double the national average. The partial legalisation of ‘medical’ marijuana has led to attacks on dispensaries, robberies, murders and increased drug dealing in the area. Legalisation does not work.

With all governments struggling to balance budgets and finance vital programmes and the neverending war on drugs a huge drain on the national purse, it’s clear that a solution needs to be found. But from the looks of things, that solution is not the legalisation of drugs.

The author, Kahmen Lee, is a freelance writer who lives in the UK. She occasionally writes for Bob Cohen Law.com and writes extensively on sociological and political issues.