Justin Sarna is one of the most astounding young men around. The deaf firefighter knew from the age of 3 that he was going to fight fires, just like his dad. Justin’s parent’s had no idea what a tenacious young man they had on their hands, but their love and support combined with Justin’s drive, have proven to be the perfect recipe for the younger Sarna’s fighting success.

Justin is now 20 years old and a resident firefighter at the Vallejo fire station. The fact that he is deaf has meant that he has had to fight thrice as hard to be recognised as perfectly capable of rescuing people from burning buildings. 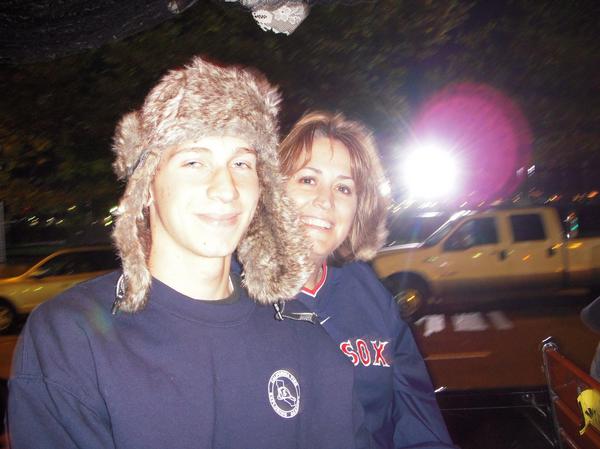 Just before the age of 3, Justin’s parents realised their son was deaf, and he was fitted with a hearing aid. The family went for sign language lessons and communication was easy enough, but after a while they realised that for Justin to pursue his dream of being a firefighter he was going to have to do listening training as well as lip reading. Justin may be the first deaf firefighter, but it does not mean he cannot hear you at all. The aid helps him distinguish sounds and he has polished up on his lip reading and learned to pronounce words correctly.

It’s been a long and hard road for the determined young man. He applied to many fire stations but was constantly turned down. He was eventually accepted into his local station as a resident firefighter, and his disability does not warrant special treatment because Justin is perfectly capable of doing exactly the same job as all firefighters who can hear perfectly. In fact Justin, as a deaf firefighter, was on hand to help a deaf family during a raging fire, when they were struggling to communicate their dangerous situation.

Sarna has set an example to many others out there, deaf or not, that regardless of the condition anyone is capable of doing a job if that’s the cloth they were cut from. Nothing stopped Justin Sarna from achieving his dream.

Justin’s drive to learn to communicate verbally has been a large part of his success as he refused to allow his hard-of-hearing condition to stunt his career growth. Whatever steps were needed, Justin took them with only one goal in mind, and that was to become a firefighter. He doesn’t care that he’s a deaf firefighter, he just cares that he’s doing something he loves, and that he’s doing well and with great care.

Vida Denning is a freelance writer who came across an article on Justin Sarna, which she found extremely interesting. Justin’s phenomenal drive to do listening training for sounds and his passion to achieve his lifelong career seriously needs to be recognised and rewarded.