The Kennet and Avon Canal, a great waterway spanning Britain from Bristol to Reading, recently celebrated a prestigious milestone. In 2010, the canal reach its 200th anniversary of completion, and the waters of Wiltshire are just as busy and active today as they’ve ever been.

The canal is maintained, publicised and enjoyed by a devoted group of eco enthusiasts. Since 1951, the Kennet & Avon Canal Trust has worked alongside the Riparian Council and British Waterways to ensure that one of Wiltshire’s most versatile and enduring attractions remains well cared for. The Trust gained charitable status in 1962, and played a large part in the restoration of the area to its former greatness. 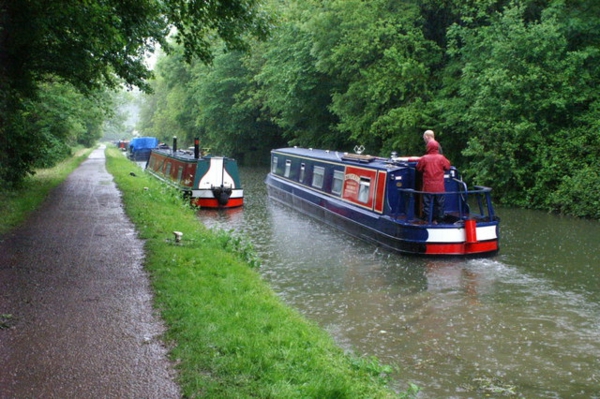 Giving Something Back
The Kennet & Avon Canal Trust assembled vast teams of volunteers who were willing to roll up their sleeves and help make the old waterway great again – a trend which continues to this day. Under expert guidance, the volunteer teams worked tirelessly to renovate the canal, until the job came to an end in 1990. As just reward for the hours of dedication that the Trust and company had put in, the Queen herself made an appearance to declare the canal officially opened to the public once more.
Since then, the charitable volunteer work has continued as enthusiastically as ever. Teams of walkers take along sacks to collect discarded cans and other litter along the banks of the canal, and great care is taken of the landscape along its length.

Local Work
To promote the canal’s great historical importance, as well as to celebrate its role as a community centrepiece, the Trust works with local councils and governments to organise public events. Over the years these have included barge conventions, raft races and bridge-building competitions, and are considered one of the community’s oldest traditions.

Today the canal’s eighty seven and a half mile length is open to any who wish to traverse it. This is due in no small part to the volunteers who worked so hard to repair all aspects of its functionality, including edging and pumping stations.

The nearby Kennet river, which feeds the Kennet and Avon Canal, is an assigned SSSI – a site of special scientific interest. The title was awarded to the area due to the large amount of rare plant and wildlife inhabiting the area – many of these species live solely in areas in or surrounding chalk watercourses; of which the Kennet and Avon Canal is one of the last in the area. Wildlife in particular thrive here, even species whose numbers across the rest of the country are dropping. Water voles, brook lamprey and even brown trout are thriving in this body of water – which demonstrates the hope that the Kennet and Avon Canal represents for British ecology.

Taking Care of Our Surroundings
Tourism to Wiltshire is boosted considerably by natural attractions such as the Kennet and Avon Canal, but these attractions are important for many reasons beyond simple tourist income. Often sites of significant growth and diversity for unusual species of plant and wildlife, it’s imperative that we look to preserve these sites of natural and historial importance. Without dedicated visitors like the people who rebuilt the canal all the those years ago, these sites would once again fall into disuse. Appreciate our natural history by visiting one of these sites today – and if you can spare some time, ask about volunteer projects to keep them looking good!

For more information on Kennet’s natural features, you can visit the Wiltshire community website at http://www.kennet-communityweb.com/.