The iconic plastic Lego brick known to children and adults the world over has its origins in wood. The humble toy which is nearly 100 years old started out in a carpentry workshop in Billund, Denmark.

The workshop had been in existence since 1895, producing materials for house construction and furniture. With the advent of a fire that destroyed the workshop in 1924 and the great depression that followed in 1929 it became clear that a fresh start was in order which would see the company diversify and build larger facilities. 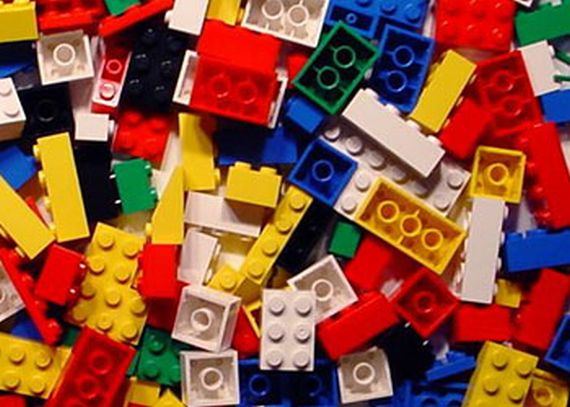 As the depression began to bite Ole Kirk Christiansen found that his business was contracting. As a consequence he began producing smaller versions of his larger products as toys. While not particularly profitable it did allow the business to survive through tough times. In the 1930’s the company decided to change its name. The initial idea was based upon a “Legion” of toys or just “Lego” which roughly approximated in Danish as “I assemble”.

After WW2 the Lego company bought its first injection moulding machine. While still producing wooden toys the company took advantage of the post war supply of plastic. After another fire in 1960 that destroyed a Lego warehouse filled with wooden toys it was decided that production should solely focus on the famous plastic bricks. After a number of patents and improvements in design the modern incarnation of the Lego brick that we know so well was born.

Throughout the early 1960’s the company continued to expand and explored the market in Canada and the United States. Due to the fact that they did not have the distribution network setup they opted to let Samsonite, the suitcase manufacturer, produce Lego and distribute it under licence.

The Lego product continued to innovate and in 1963 they moved away from the acetone based plastic which was prone to discolouration, warping and breakdown when exposed to heat or household cleaning products in favour of the more robust ABS plastics which are still in use today.

In 1968 the first of the Lego-land theme parks was opened near their HQ in Denmark. These parks in the Denmark and Windsor in the UK would become hugely successful, attracting millions of visitors a year.

The well known Lego figures with movable arms were introduced in the mid 70’s and to date have been strong favourites in the range. These figures have often been used as characters on YouTube videos acting out famous scenes from films such as Star Wars for example. In October of 2011 a giant Lego man was washed up on a Florida beach. While initially a mystery it was linked to a Dutch artist who goes by the Alter ego, Ego Leonard.

Lego continues to be a success for inquisitive young minds and big (grown up) kids alike.