As times have been tough economically over the past few years, people have been spending less money on opulent holidays and nights out and investing more in their homes.

The boom period until the impact of the credit crunch in 2008 meant that people were rapidly scaling the property ladder.  As such, property experts such as Sarah Beeny and Kirstie Allsopp advised people to keep their homes quite bare and neutral. This in turn would make the house more sellable, as any potential purchaser would see it as a blank canvas.

Homeowners were not encouraged to put their own individual stamps on their properties, and for interior design purposes, the tastes seemed to be very tempered. 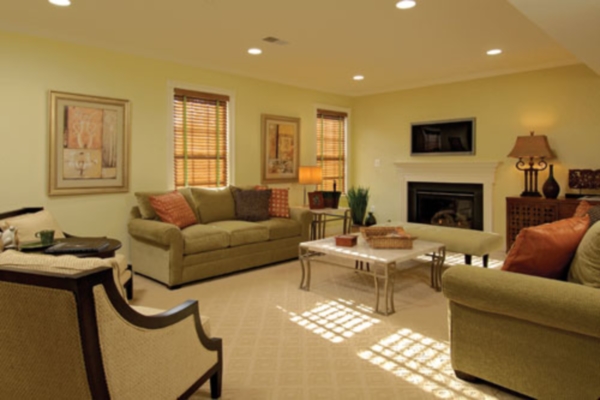 However, as the credit crunch bit and mortgages became more difficult to come by, many people found themselves in very beige, neutral properties.  In bleak economic times, there is nothing worse than coming home and residing in a bleak and mundane property.

All of a sudden, the advice from the property experts changed.  Gone were the days of ‘trading up’ to new properties.  People found themselves stuck at their position on the property ladder, with economic prospects meaning that in the majority of cases, they were likely to stay there for a while.

Instead, Sarah and Kirstie started advising property owners to invest in the property that they were already in. They advised people to make their house a home and to try to add value to their property by installing a conservatory or by converting an attic.

At the same time, interior design became popular again. People found that there were more cost effective ways of keeping their homes up to date, without it costing thousands of pounds.  Simple changes meant that an existing, bland home could be transformed overnight into something more homely, or opulent, or in keeping with its owner’s individual style.

More cosmetic changes, such as wallpaper design, textiles and coverings, curtains and cushions became very popular.  Rather than spending weekends trawling estate agents in search of a new property, people began spending their weekends in shops, creating new interior designs for their homes.  They now seek inspiration for designs from magazines and television.

Because interior design costs are relatively low when compared with more significant changes or moving home, they can be done again and again to keep a home fresh and up to date.

Shops now cater for such interior design and make it easier and cheaper for a look to be updated on a regular basis.  As people spend more time entertaining in the home and less time out and about, being able to update the interior design of a home keeps things fresh.

Article written by Sarah MacDonald, an interior designer writing on behalf of http://www.blackorchidinteriors.co.uk/