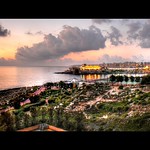 The tiny coastal nation of Malta recently scooped one of the biggest accolades in the tourist industry. Awarded the Travel Trade Gazette’s 2012 Tourist Destination of the Year title, one of the more notable reasons for the island’s win was its popularity amongst business travellers.

An Incredible Accomplishment for the Malta Tourism Authority

Favoured by thousands of travel agents on the judging panel for the Travel Trade Gazette Awards, which was thrown recently in Leicester Square, Malta was recorded as receiving 199,430 tourists in the month of August alone; the highest number of visitors to fly to Malta in a single month. Favoured by thousands of travellers with differing agendas, a third of the recorded figure of visitors can be attributed to business travel.

Corporate business travel to Malta is growing at a rapid rate. Offering a large variety of conference centres and facilities situated amidst Malta’s idyllic holiday attractions has made it a highly popular destination for professionals interested in seeing spectacular sights while on the clock. It should be noted that the UK remains the biggest market for Malta visitors however, adding a significant 27% to annual tourist measurements.

The influx of business and holiday travellers to Malta can be seen in multiple areas of expansion. The island receives inbound flights from most major hubs within Europe. Emirates recently added additional passenger and cargo capacity to its Malta planes, becoming one of the primary air carriers to the Mediterranean nation. The nation has also been in the news for building exclusive business zones like the Skypark and SmartCity developments.

Despite its status as one of the world’s smallest states, Malta continues to show its substantial capacity for commerce. Since its adoption as an EU member in 2008, the country has increasingly been recognised as a centre for international business travel. Besides its strategic position along the Southern European coastline, Malta has also given equal status to the English language in government agencies. Known for being a safe and secure location for conducting corporate trade activities, the island’s model economic, legal and political stability has made it a very attractive settling place for high-profile brands and entrepreneurs.

Malta’s sterling performance as a tourist and business travel destination is emulated in the countless awards and international acknowledgements that the country receives annually. Entering a golden age in terms of corporate growth rates and commercial setting, the country is a great example of how size shouldn’t determine innovation.

Bella Gray is a lifestyle blogger specialising in malta tax solutions. A travel guide for tourists looking to go abroad, Gray is the perfect go-to-gal for all your holiday advice and travelling tips.