Modern mining operations make extensive use of powerful, heavy equipment. Some machines extract metal, rocks and gemstones; others transport them to the surface, extend excavation further into the ground, stabilize areas that have already been mined, and increase the safety of the miners. Mining is still a dangerous business; thankfully, however, many recent innovations have made considerable improvements to safety and stability. 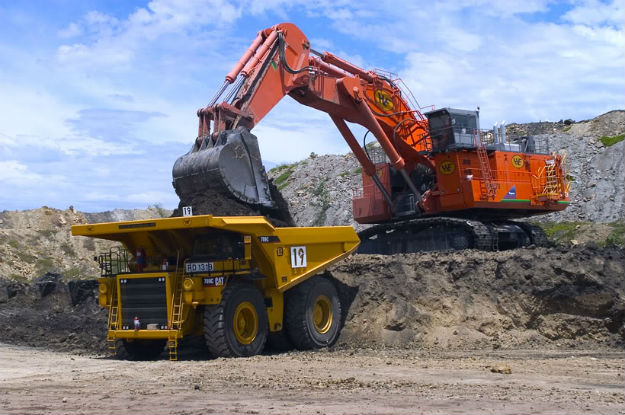 The types of machinery used to dig and run a mine depend on two major factors: the type of mine and the material(s) being removed from the earth. Many of the safest modern mines are called longwall mines, which usually harvest coal. These mines use giant grinding machines called shearers to scrape long strips of rock and crumble the material, which is then transported to the surface on conveyor belts. Longwall mines are so safe because they use a series of hydraulic supports, called powered roof jocks or roof supports, to prevent cave-ins.

Surface mining is an umbrella term that refers to a series of methods by which materials are extracted from the ground following the removal of everything above the desired substance. This unwanted material, called overburden, is blasted, hauled away or otherwise removed to allow access to what lies beneath. One of the most important pieces of mining equipment used in surface mining is the dragline excavator. There are two kinds: standard excavators, which attach to cranes, and huge excavators that are assembled at the mining site. Both types of dragline excavator are huge; even the smaller, crane-hoisted variety must be driven to the mine in several pieces strapped to flatbed lorries and bolted together upon arrival. Excavators of the larger variety are among the largest machines ever assembled and may weigh almost nine thousand tons.

Dragline excavators of both types use huge buckets, manipulated by chains and ropes, to scoop up the overburden and remove it from the excavation site. The bucket of a mining excavator typically holds between 40 and 80 cubic yards of material; the buckets of the most massive specimens, however, may hold about 170 cubic meters and have a maximum weight capacity of almost 500 metric tons. Most heavy mining equipment runs on diesel fuel. Dragline excavators, however, require so much power to run that they are usually directly linked to a high-voltage power line.

Bucket Wheel Excavators and the Bagger 288

Another important machine used in surface mining is the bucket wheel excavator; these are usually used in strip mines (a subcategory of surface mining). All bucket wheel excavators are enormous; most, however, are dwarfed by the largest ever built: the Bagger 288. The Bagger 288 bucket wheel excavator weighs more than the RMS Titanic and is 705 feet long. Surprisingly, the Bagger can travel over most ground without damaging it or leaving deep indentations; this is because the machine sits on multiple, wide tracks that disperse its great weight over a large surface area. Despite its mammoth size and weight, the Bagger 288 has been moved several times without disassembly because it would have been more expensive to dismantle it, transport the parts and re-assemble everything later.