Although the modern incarnation of mixed martial arts is a rather recent development, precursors of the sport go back over 2500 years. At this time, the Greeks created a sport called Pankration, which was basically a cross between wrestling and boxing. This was the most popular sport at the ancient Olympic Games, since it was a genuine contest between two unarmed men. Pankration decreased in popularity once the Greek Empire collapsed, but a similar sport has made a comeback in modern times. 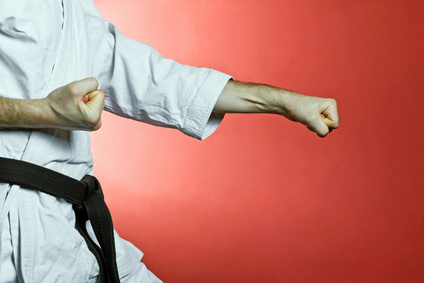 Vale Tudo
Although various hybrid martial arts competitions took place throughout the 1800s, the sport did not begin planting its modern roots until the 1920s. Vale Tudo, which means “anything goes” in Portuguese, became popular in Brazil during this time period. Although these matches were mostly fought as part of a traveling circus, the famous Gracie family eventually organized the Gracie Challenge as a way of showing that Brazilian Jiu-jitsu was the most effective fighting style. Carlos Gracie was the first to compete in this challenge, followed by his brother Helio. This was a predecessor to the current sports of mixed martial arts.

UFC
The Ultimate Fighting Championship is the most well-known and successful mixed martial arts organization in the world. The company was originally founded in 1993 as yet another way for the Gracie family to show Brazilian Jiu-jitsu as the dominant form of martial arts. This was supposed to be a one-time event, but the pay-per-view’s success led to additional shows being added.

Royce Gracie won the first UFC event using the Gracie version of BJJ. While the first event had very few rules, people started to complain about the barbaric nature of the sport, which led to new rules being introduced. Most of the 1990s was spent fighting with lawmakers to allow these events to take place, since many were against it. The first sanctioned UFC event finally took place in September of 2000 after years of holding events in states without athletic commissions.

When the original owners of the UFC, SEG, were close to bankruptcy, Frank and Lorenzo Fertitta, along with their childhood friend Dana White, purchased the struggling organization. They then created parent company Zuffa and have spent the years since growing the sport into what it is today.

The Future
While it is impossible to know what the future holds for mixed martial arts, Zuffa is now taking the steps to grow the sport internationally. Shows have already been held in the United States, Canada, Great Britain, Japan, Australia, Germany, Brazil and the United Arab Emirates, with additional shows planned for China, India and others in the years to come. The sport has a long way to go, but it has also come a long way from its origins in the ancient Olympic Games.

Morten Kall is a blogger and fitness buff from SW Florida who studies mixed martial arts in Naples here: www.teamthirdlaw.com