In the developing world, having access to a bank account is the exception, not the norm. In fact, in Africa alone, 80% of people are unbanked (Koiskmarketplace.com). This has major implications on social and economic development, as people don’t have the freedom to transact. However, with advances in mobile banking technology, this is changing – dramatically. Here’s how. 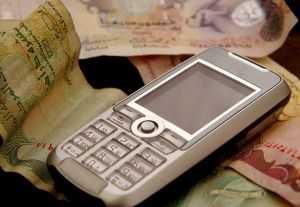 Mobility
In the West, the idea of doing banking from your cellphone is still taking off, with online banking being first choice. However, the popularity of smartphones means that mobile banking will exceed online banking in the US by 50% by 2015 (New York Times). These numbers are relatively small when compared to emerging economies.

Cellphones have become more affordable in the developing world, which means that nearly everyone has one. According to The Guardian, out of Africa’s one billion-strong population, half have a cellphone. However, having a phone isn’t just for talking; it’s for banking, too. Mobile banking has exploded in Africa. In Kenya, the M-Pesa service allows people to store money on their cellphones and pay bills. They can also send money to a recipient via a text message. The recipient then converts it into cash at a local M-Pesa kiosk. Having access to banking couldn’t be easier or cheaper, as there are no expensive bank charges and no complicated procedures.

Inclusion
The increase in mobile banking in developing countries has meant that banking is now more accessible, and it’s all thanks to technology. In South Africa, Standard Bank uses an unwired platform to enable economic upliftment. Up to 10 million people don’t have a bank account, mostly due to the fact that they live in rural areas. Now, all that is needed to open a bank account is proof of residence and an ID. There’s no need to go into a branch, as franchised vendors do the job (operating from informal kiosks). The whole process is painless, and takes ten minutes. With backend mobility solutions, people can now transfer funds, buy electricity and airtime, and even have access to funeral cover, all on their phones. (www54.sap.com)

Having access to a bank account changes lives and empowers people. It gives them the freedom to be part of the economy, which is essential in emerging markets. It also minimises exploitation and risk, as having access to funds means no desperate pleas to loan sharks, no need for credit cards, and no wads of cash. Being able to do banking via a cellphone is more than just getting annoying SMS notifications. In some countries, it has the power to increase economic and social development.

This guest post was written by Ang Lloyd on behalf of SAP Careers, an online job portal that enables IT professionals to find SAP contract jobs all over the world.