If you ever wondered how much caffeine was in one can of Monster Energy, it’s the equivalent of seven cans of Coca-Cola. Last year, Monster Energy drink was making headlines for all the wrong reasons, when 14 year-old Anais Fournier died of a heart attack after drinking two cans of Monster Energy.

This spurred on investigations of four other deaths related to drinking this popular energy beverage. Anais sadly died two days before Christmas, after the levels of caffeine overwhelmed her heart. Reports from other cases included vomiting, heart-tremors, and chest pain. After the death of Anais, Monster Energy’s share prices dropped by more than 14%. 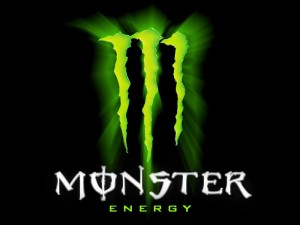 There are calls for Congress to ban Monster Energy aggressively advertising to young people, as teens seem to be particularly fond of this drink.

The Effect Of Energy Drinks On Your Health

For the beleaguered business man or woman, coffee just doesn’t hit the spot. When feelings of sleep get in the way, chugging down a can of Monster Energy is an easy fix for students, professionals, and athletes. According to the National Health Interview Survey, one in three adults have had one energy drink in the last week, 21% had more, and 11% consumed more than three energy drinks over the space of seven days.

But are the risks worth it? After the recent release of FDA reports, five possible deaths were attributed to Monster Energy and thirteen to 5-Hour Energy.

Now that Monster Energy wants to move away from its ‘dietary supplement’ status, its cans will start displaying the levels of caffeine in the drink. Currently, Monster Energy is at a competitive disadvantage to most-loved energy drink, Red Bull. As Red Bull is classed as a ‘conventional food,’ it’s exempt from sales taxes, whereas Monster Energy is not.

Due to the fact that Monster Energy is currently classified as a ‘dietary substance,’ it doesn’t have to comply to the FDA’s 200 parts per million caffeine limit on fizzy drinks. In a statement, Monster Energy said that the ingredients wouldn’t change in their beverages, although whether they’ll be reduced or not is yet to be seen.

Do You Need Energy Drinks?

That amount of caffeine is clearly unhealthy for your body. If you need energy drinks to get you through the day, you should take a review of your lifestyle: do you get enough sleep at night? Are you eating well? Do you drink enough water? Are you addicted to the energy?

Make sure that you get your nutrition in-check, exercise regularly, and get at least eight hours of sleep a night. Hopefully, this will empower you enough to start reducing your intake of energy drinks. With the potential health problems that come with drinking that much caffeine, is it really worth opening up a can of Monster Energy?

It’s amazing how much energy you can gain from healthy living.