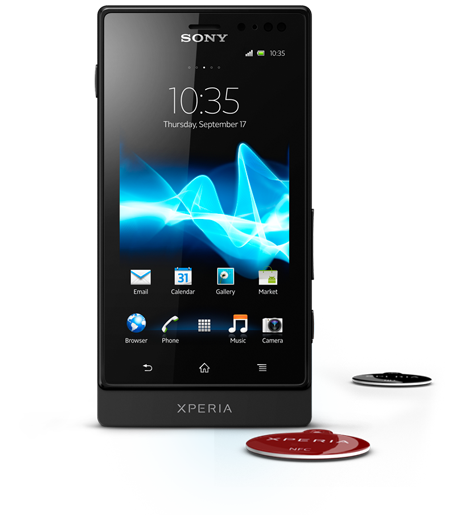 Sony has released further information about the upcoming Xperia Sola, which represents another in its range of Xperia “NXP” mobile phone handsets. At an initial glance the Xperia Sola appears to be simply another mid-price smartphone amongst many, but the Xperia Sola boasts a unique selling point for potential purchasers of this mobile phone, that no other smartphone in this area of the market can claim – namely the new display developed by Sony.

Essentially the difference with the display on the Xperia Sola is that it allows the user to move the cursor while browsing the options on the screen, without actually having to touch the screen at all. It is possible to move the cursor simply by moving your finger above the screen, before tapping it when you wish to select an option. While this may not seem like a tremendously important innovation, browsing the net with a touch screen display can be awkward, even on phones with comparatively big screens, so this definitely makes the experience easier and is being utilised by Sony as a selling point for the Xperia Sola mobile phone. The overall image quality is also good, as the display has damage resistant glass and uses BRAVIA technology.

According to the specification details released by Sony the other big feature to be included on the Xperia Sola is the NFC SmartTags, which can be reconfigured depending on the wishes of the user. The default one for the mobile phone is ‘bedroom’, which switches on the alarm, and ‘living room’ which offers news and weather and switches on the WiFi system. Sony has indicated that the Xperia Sola handset will be launched later this year and, although the company has not yet indicated what the retail price will be, it is expected to be sold for somewhere between £300 and £350 pounds following its initial launch. And when you compare mobile phone deals like this with other similar handsets, it’s a very competitive price for an innovative product.