Posted in Business
Author: Editor  Published Date: October 29, 2012  Leave a Comment on Most Famous Shipwrecks Of All Time

There is something about the haunting quality of shipwrecks which has always captured the public’s imagination. Perhaps it is the helpless nature of disasters at sea and the almost inevitable loss of life which they frequently include; or the eerie presence of the ships’ remains underwater. The following are three of the most infamous shipwrecks of all time, though it is impossible to estimate how many more vessels may lie beneath the world’s oceans.

Titanic, 1912
The British Liner Titanic is undoubtedly one of the most recognised shipwrecks of all time. The ship was famously thought to be ‘unsinkable’, yet on its maiden voyage to New York it collided with an iceberg at almost full speed just four days after setting sail from Southampton. The ship hit the iceberg just before midnight on the 14th of April 2012 and sank two hours and forty minutes later. The time that it took for the vessel to sink fully should have meant that passengers had enough time to evacuate; yet in one of the most disastrous errors in maritime history, the Titanic was carrying only enough lifeboats for less than half of the people onboard. Over 1500 of the passengers are estimated to have lost their lives in the freezing waters of Atlantic oceans, making it one of the greatest non-wartime naval disasters. The wreckage of the ship was located in 1985 by Dr. Robert Ballard, and the release of the Oscar-winning film in 1997 solidified the Titanic forever in the consciousness of the public. 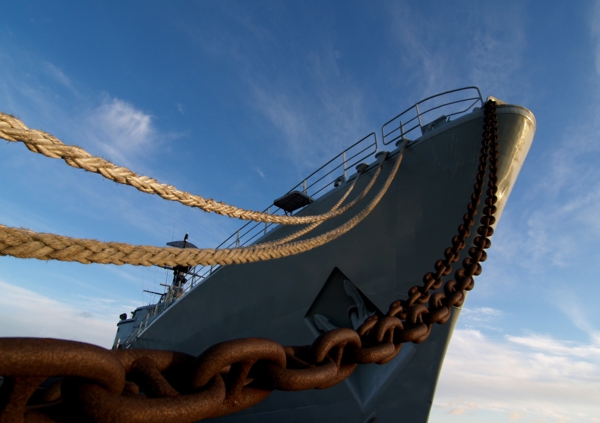 U.S.S Arizona, 1941
It is unlikely that any war in history contained as many dramatic naval attacks as World War II. The surprise attack on Pearl Harbour by the Japanese in December 1941 is regarded as being the beginning of America’s involvement in WWII and saw the huge loss of five Navy battleships. The largest of these was the Arizona, which was sunk within the first few minutes of the attack. The loss of life onboard was huge, with 1,177 men – two-thirds of the crew members – being killed in the encounter. The wreck remains at the bottom of Pearl Harbour, with a memorial to the disaster sitting atop the site with a glass floor providing haunting views of the defeated vessel

HMS Hood
British warship HMS Hood was sank in 1941 during a skirmish with German battleship Bismark. The attack was a huge blow for the Royal Navy as it was the largest vessel ever lost, causing the death of 1,415 people onboard. Due to the symbolic significance of ships bells, in August of this year an expedition was launched to retrieve the bell from the wreckage. Unfortunately, the mission to the shipwreck which lies 9,200 feet underwater proved more difficult than first thought and it was abandoned ten days later. The Bismark was later sank in May of 1941, with over 2,000 crew members losing their lives. The shipwreck was discovered in 1989, coincidentally by the same Robert Ballard who discovered the Titanic.

Author – Adam Barley, Adam has been writing articles for a number of years for different sources with great success