Posted in Traveling
Author: Editor  Published Date: October 30, 2012  Leave a Comment on New Film Rides That Will Blow Your Socks Off

People love roller coaster and theme park rides, and it isn’t because of how fast they go, or how high they plummet. Modern rides offer experiences and tell stories while still offering an adrenaline rush. Many roller coasters are based on popular films for this reason, and few parks have as many film related rides as Universal’s Islands of Adventure. 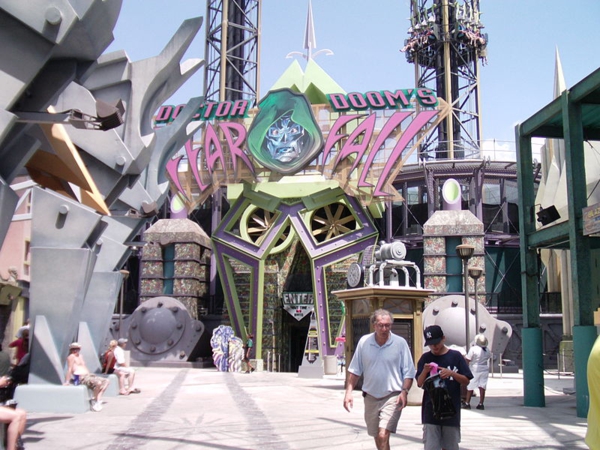 Located in sunny Orlando, Florida, Universal’s Islands of Adventure is a theme park like no other. Split into seven islands, each with their own unique theme, just walking around the park feels like an exploratory adventure. All of the rides, shows and shops all reflect the theme of each individual island, and guests are advised that it can take more than one day to fully experience the wonders of the park. 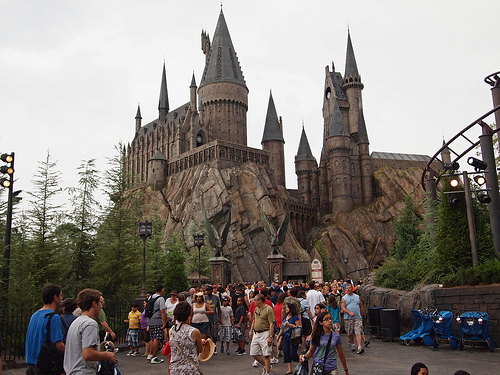 Superhero films have never been more popular, and some of Marvel’s most beloved characters have been given their very own rides at Marvel Super Hero Island. The Amazing Adventures of Spider-Man is a 3D simulation that takes guests on an immersive, action-packed experience as they follow Spider-Man on a dizzying adventure. The attention to detail is spectacular. Even the queuing line has something to appreciate, as it has been modelled to look like guests are walking through the offices of the Daily Bugle. Other superheroes like the Hulk, X-Men and Doctor Doom have similarly innovative and thrilling rides. 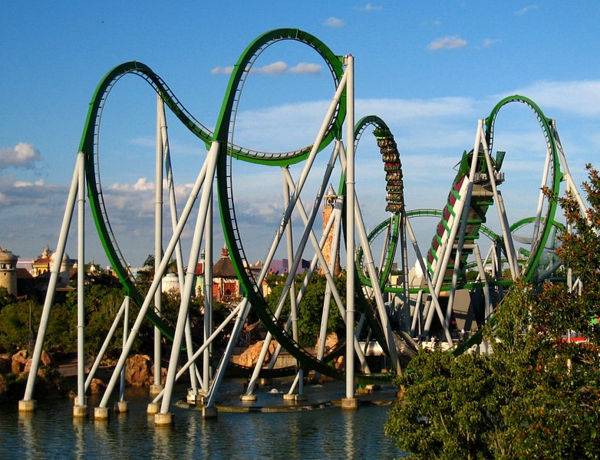 The Wizarding World of Harry Potter is the latest addition to Universal’s theme park. The entire island has been lovingly recreated in the style of the Harry Potter films, and guests can visit shops like Ollivander’s and The Three Broomsticks at Diagon Alley and Hogsmeade. Of course, there are also new rides, and one of the most inventive inspirations from the series is the Dragon Challenge. This roller coaster splits guests onto two different carriages, which both set off at the same time. They race around the track, sometimes overlapping, as the ride mimics the duels of the Tri-wizard Tournament.

Although it’s one of Universal’s older rides, the Jurassic Park water ride is still one of the most popular attractions at the theme park. Guests take their place on a dinghy and set off on a quiet, serene river. The calmness is quickly interrupted and turns to spectacle when the park is overrun by wild dinosaurs and animatronic creatures jump out at every corner. The ride finishes with a gravity-defying 85 foot drop into water.

Attractions For The Younger Kids

Although many of Universal’s rides are for older children, younger ones still have plenty to see and do. Dr Seuss’ Landing is an area which features rides for everyone, and The Cat in the Hat ride has the eponymous character creating havoc in a house-themed ride. A Despicable Me ride opened in 2012, and the 3D interactive ride is another fun experience for the whole family.

With a roster of attractions that include rides inspired by Harry Potter and Marvel superheroes, there are plenty of reasons to buy Orlando park tickets.

Ben Carter makes a point of going travelling at least 4 times a year and has so far covered 46 different countries.  Taking his family with him gives him an amusing insight into travel in every situation.