You don’t have to live in New York to know that the Big Apple is a technological hub buzzing with spirit, interconnectedness, inspiration and ingenuity.

That’s why it should not come as a surprise that there is a new educational project in the works that will pave the way for budding tech entrepreneurs to…dare I say… take over the world?

Cornell NYC Tech is an upcoming campus intended to foster technological exploration that will eventually lead to long-lasting, worldwide changes.

The project was recently announced by NYC Mayor Michael Bloomberg. Bloomberg stated that Cornell University, in collaboration with the Technion – Israel Institute of Technology was granted $100 million in order to erect the revolutionary school of applied sciences and engineering on NYC’s Roosevelt Island (which has now adopted the apt nickname “Silicon Island”). 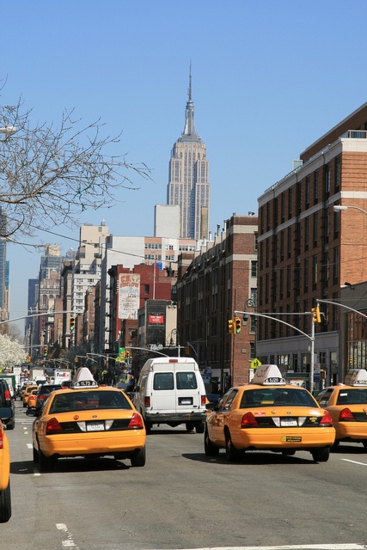 In a report by The Roosevelt Islander it was stated:

For a closer look at the “Silicon Island” Project, you can check out a video at thenextweb.com.

The school is already accepting applications for its first class (wittingly dubbed a Beta class) – and it intends to take baby steps by initially admitting students pursuing a “simple” one-year Cornell Master of Engineering degree in computer science. The program is scheduled to begin in January 2013, for which applications are due October 1, 2012. As explained on the NYC Tech web site, “Candiates must have the highest academic credentials, demonstrate strong entrepreneurial interests, leadership skills and a passion for community engagement.”

Native New Yorkers know especially well that this project has the potential to essentially reshape the city – namely because, as passionate and driven as the city is, the fact remains that there simply aren’t enough engineers and developers to make tech dreams come true here. The Cornell NYC Tech school may very well engender the litter of tech-hungry babes needed for NYC to bust through any digital barriers it currently faces.

Bloomberg, a man resolute in his efforts to strengthen NYC’s hold on the tech sector had this to say recently:

“If you are an engineer who wants to live in the best city of the world, the new capital of engineering talent, and the rising star of the technology industry, Cornell NYC Tech offers an exciting new opportunity. There’s simply no better place to further your education and launch your career than New York City. Getting in won’t be easy, but if you can make it here, you can make it anywhere.”

The Roosevelt campus is scheduled for completion in 2017 – and guess who gets first dibs at the first throng of grads? Google.

Janice Bevilacqua is a New York City leading contributor for the warranty provider, CPS Central. She is a freelance writer who specializes in technology trends, gadgets, news and other digitally-interesting content.