Have you ever heard of Krav Maga? This dangerous martial art from Israel is becoming popular around the globe. Krav Maga translates as “contact combat” from Hebrew. It’s widely used by Israeli Defense Forces as a self-defense in close combat. If you want to start practicing Krav Maga you should know that it is extremely intense. It will make you incredibly fit within the couple of weeks.

This martial art was introduced in 1930s, that’s why it doesn’t have a lengthy history and traditions, yet it is incredibly effective. It will make you feel stronger and more confident. 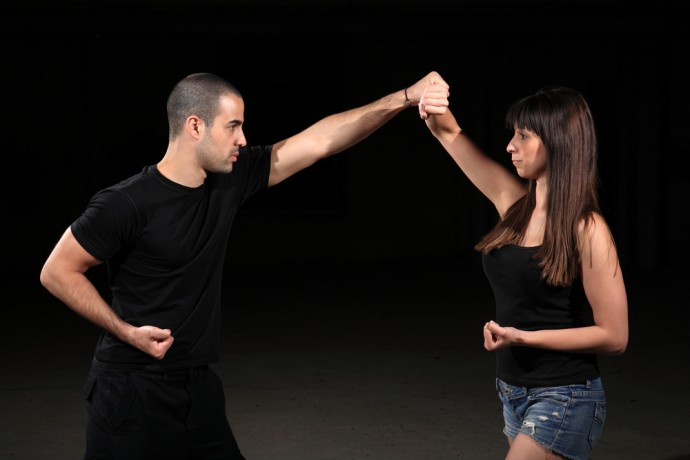 Imi Lichtenfeld created this martial art as a self-defense method and a fighting technique. He was born in Budapest in 1910 and grew up in Bratislava. His father was a police officer and an excellent athlete who used to teach self-defense classes at his own gym. Imre learned about boxing and wrestling at his father’s gym. He eventually became a successful sportsman. Prior to the WWII, Imi had to defend himself and his community from Nazis. He realized that pure boxing and wrestling is not very effective in combat. That’s why he came up with an idea of combining different kinds of martial arts to create an effective self-defense technique.

He was forced to flee Europe to Palestine in 1940 where he started teaching self-defense classes. His combat technique was extremely effective, that’s why Israeli Defense Force hired Imi to teach Krav Maga.

In the early 80s Krav Maga was introduced in the USA after several instructors presented their skills to American Jewish Community Centers. FBI got interested in this new self-defense technique and sent several FBI employees to Israel to learn some basics of Krav Maga.

What is it about?

Some people don’t consider Krav Maga a martial art as it mainly focuses on real-life defense strategies, rather than battles against another Krav Maga fighter. It mainly teaches you how to safely escape the dangerous situation and defeat your opponents quickly. Krav Maga aims at the most vulnerable parts of human body: eyes, neck, fingers and groin. If you aim at these spots during the fight, your opponent will be defeated quickly. It also teaches you how to use the surrounding objects as a weapon during the fight.

There are no belts and uniforms in Krav Maga; some schools use the ranking system. The real fight has no rules, that’s why this fighting style has no clear rules either. All you need to do is to avoid harm and defeat your opponent by any means. You will learn how to look after yourself, how to become more confident and how to deal with any kind of aggressive behavior.

This reality based martial art is brutal against attackers as it aims at the most vulnerable parts. If you start practicing Krav Maga you will no longer feel threatened to go home in the middle of the night on your own. You will feel strong and confident. Krav Maga will make you feel safe and in control of your surroundings.