Perth is sometimes referred to as the education city of Australia, as it is home to five excellent tertiary education institutions. A beautiful city located on the Swan River (so named for the Black Swans who lived on the river), Perth is the capital of Western Australia and a popular choice for students from Australia and abroad. 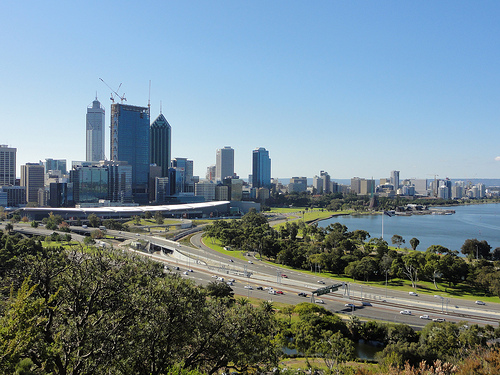 Perth Universities
As mentioned there are five universities based in Perth, each with its own specialities and interests. The first is the University of Western Australia, which was established in 1911 and is the oldest university in Perth. UWA is rated the 7th best university in Australia and is one of the country’s leading research institutes. It is a member of the Group of Eight, the term used for the top eight Australian universities.

The University of Notre Dame is a private Catholic university in Perth and was established in 1990. The Curtin University of Technology is another option, and is rated 15 on the list of the country’s best tertiary education institutions. For trainee teachers or budding performers there is the Edith Cowan University, which was originally traditionally focused education institution (knowledge-focused) but which has developed and incorporated the Western Australian Academy of the Performing Arts.

Murdoch University is the last university on the list; it’s famous because it is the only veterinary school in Western Australia.

Perth
The Metropolitan area of Perth is located between the Indian Ocean and the coastal escarpment which is called the Darling Scarp. This unique location makes Perth a quirky and attractive city. The rest of the city is located on the banks of the Swan River. Perth is home to many parks and natural features, like beautiful beaches. It boasts the largest inner city park in the world – King’s Park at 4.06 square kilometres. With a population of 1.74 million people Perth is a nice sized city that remains interesting without getting too busy or manic. Part of what makes Perth interesting is its location; Bill Bryson described Perth as the world’s most remote city. There is a strong argument for this title. The closest city to Perth is Adelaide, which is over 2 000km away.

With Perth’s dubious title of most remote city in the world, it is a great city for students who wish to ensure their independence from meddling parents. But, jokes aside, from an education point of view Perth is a wonderful choice. Without the distractions of the big cities like Melbourne and Sydney, but big enough to widen students’ horizons, Perth makes a great student experience, and the quality of the institutions in the city make it worth the isolation.

This post was written by Natalie Simon, a journalism student-cum-freelance writer who is passionate about learning new things and new experiences. This is one of the reasons why she chooses to write on behalf of Now Learning, an Australian education portal that promotes a variety of training courses and degrees.