It seems that the moment your new puppy comes home, everyone wants to pitch in and help take care of it. Emotions are high and everyone’s enthusiastic about the new chores, regardless of what it entails. Parents and children alike vie for the privilege of feeding, walking, or playing with the little bundle of furry joy. They don’t even mind scooping up its bowel contents into puppy waste bags! 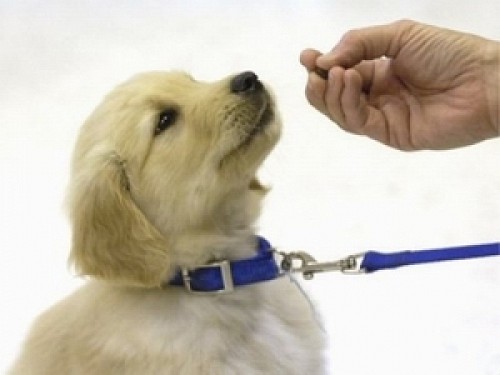 When it comes to obeying the rules of the house, the performance of the dog is often directly proportional to that of their human. As author James Herriot once said, “Dogs like to obey. It gives them security.” All too often as the puppy integrates itself into the family and its newness wears off, people not only become less enthusiastic about taking care of it, but they also find it easier to neglect the rules. Instructions such as no lying on the furniture, no sleeping on the bed, and no chewing on things like shoes give way to a more relaxed lifestyle. If humans don’t abide by the rules, then life with the new puppy descends into a free for all of chaos.

While it’s nearly impossible to anticipate every rule or guideline that your family will need to set in anticipating of the puppy’s arrival, some things are common sense regardless of the dog’s breed, age, and gender. Things like keeping shoes stored in their proper place and the lid tightly secured on the trash bin will help prevent some of the common puppy mishaps. Here are some other ways you can smooth the transition into life with a new furry family member.

Obedience classes are a real boon for dog owners, no matter what their dog’s breed, age, or disposition. It not only introduces them to other humans and the proper way to interact with them, but it also helps socialize them with other dogs. Puppies enjoy interaction with humans but it’s important that they have time to romp and play with other canines, too. This is where an obedience class comes in the handiest, because it teaches dogs necessary skills for being out in public, from heeling on a leash to basic dog park etiquette.

By staying consistent in the rules for your new puppy (as well as the new puppy’s new human family members) and practicing a tremendous amount of patience, you’ll lay the foundation for a wonderful canine-human relationship. Unlike some other species of animals that live only a few years, dogs can live up to ten years or longer. Before saying yes to that new puppy, be sure that your family is ready to take on the commitment of all that comes with adding a dog to the family from its puppyhood to its golden years.

When writer Benjamin Baker’s teenagers began asking for a puppy, he and his wife considered a containment system for their backyard a priority. The reviews and recommendations at http://www.doggyfence.com/ helped them select the right product to meet the needs of their new furry family y member without violating strict codes of their community home owner’s association. Benjamin’s family spends their free weekends doing things that allow them to include their dog, like fishing, hiking, and camping.