Ever since Google Plus was launched, internet critics have made endless comparison between this new Google product and Facebook, thanks to the intriguing similarities between social networking sites. Everyone seems to wonder if Google Plus will be able to outwit Facebook in terms of popularity and number of users. 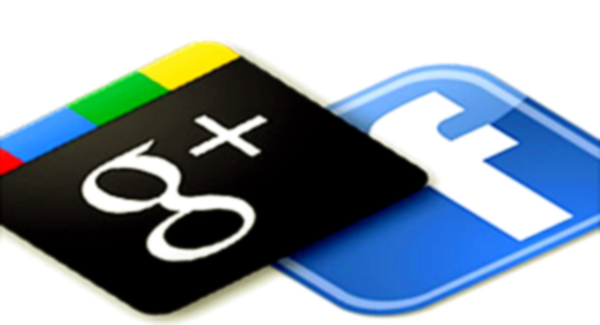 Facebook has been in business since 2004 and has enjoyed undisputed popularity. In a short time of its launch, Facebook managed to rise above all other social networking sites including Google’s Orkut. The fact is Orkut never took off in the United States, except for countries like Brazil and India. With Google Plus, Google tries to capture the internet savvy crowd yet again. Here’s a short take on Google Plus and Facebook to find the features that are best in each.

As mentioned above, Facebook was in business since 2004, while Google Plus is relatively new (launched in 2011). It is obvious that G+ will have to struggle massively before it can touch Facebook in terms of users.

In Facebook, users need to add a person as a friend to get connected, where as in G+, the process is straightforward as you can classify people into circles. Facebook too has user groups, but G+ certainly wins over the user Interface.

Google uses it’s Voice and Video chat options to offer calls on G+, where as Facebook has recently launched video chat in association with leading cheap calling service provider, Skype. G+ offers group video chats and YouTube video watching facility, something that’s missing on Facebook. However, call quality of Facebook is much better than G+, thanks to Skype.

Based on this factor, both the social networking sites perform exceptionally well. Google uses voice chat, while Facebook has recently launched this service.

Facebook certainly wins in this feature. While Facebook allows you to be online to a friend and offline to another, Google Plus still has to grow on this as the user interface for chat is not particularly developed.

Both G+ and Facebook have mobile interfaces. Facebook’s application is more popular for obvious reasons, but G+ has certainly improved user interface.

Google Plus is yet to launch its private messaging service, where as Facebook already has a winner interface. Facebook private chatting is fun, as well as highly interactive.

Facebook already has a bulky list of games and applications, whereas, G+ is yet to have these features. Google is surely expected to perform on this factor.

Google Plus has certainly created a stir with its launch and is already gaining popularity among the targeted sections. To be precise, G+ is certainly advantageous for professional networks as everything is quite on an open platform. Facebook on the other hand will help businesses with the help of fan pages, something which is yet to be launched by Google. It’s only the next couple of years that will determine the fate of these two networking sites.

Did you enjoy reading this article? Then we recommend checking out another interesting piece over at the Computer Too Slow. We hope you like it!