Rovio’s latest release Bad Piggies has only been released on September 27, yet Rovio’s latest game has already broken download records. Within three hours of its release, “Bad Piggies” reached number one in the US iTunes App Store. Needless to say, it’s been well-received by casual players, hardcore gamers and critics alike.

With Bad Piggies, Rovio has created their third number one bestseller in 2012, the first two being Angry Birds Space and Amazing Alex, Both of the previous number one sellers reached their number one rankings within a day of release, but “Bad Piggies” has bested their records with its three-hour rise to the top of the charts. 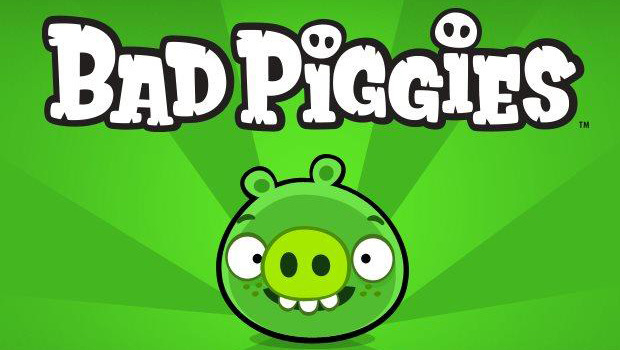 The release of Bad Piggies was a worldwide event that was celebrated through different activities and special events in London, Shanghai, Taipei and Hong Kong. Among the festivities were a giant inflatable King Pig that floated above the Battersea Power Station in London. Meanwhile, The Citigroup Tower in Shanghai and the 101 Tower in Taipei glowed green all night on September 27.

For the uninitiated, Bad Piggies is a spin-off of the wildly popular Angry Birds games that have also been released by Rovio. Like its predecessors, “Bad Piggies” is a physics-based puzzle game with lots of charm and fun, colorful graphics. The major difference is while “Angry Birds” focused on shooting birds from a giant slingshot to destroy increasingly-elaborate structures and wiping out the green bad piggies inside, “Bad Piggies” lets players take control of the villains as they build vehicles to get them past obstacles and to the end of each level. In other words, it tells the same story as “Angry Birds” except from the villain’s point of view. It’s still clearly a physics-based puzzler, but it gives players more opportunities to be creative as they build the contraptions that are meant to bring their pigs safely to the end of the level.

Much like Angry Birds, “Bad Piggies” stands to become incredibly popular both as a game and as a brand. Whether it will eclipse “Angry Birds” and its many sequels in popularity is anybody’s guess at this point. What is known is that the game has proven to be incredibly popular with hardcore gamers and casual players who are looking for a fun way to kill some time with their smartphones, Rovio CEO Mikael Hed couldn’t be happier or more excited. “Our fans have given ‘Bad Piggies’ an incredible reception,” said the CEO. “We can’t thank them enough!”

In the next few weeks, Rovio will release the first free update for “Bad Piggies” entitled “Flight Into The Night.” The update will feature new features, new levels and unlockable content as well as new plot twists in the continuing story of the Bad Piggies and the Angry Birds.

We would like to thank the reporters at FizzleGames.com for their coverage on this story.