The Samsung Galaxy Note 4 has made an amazing entry in the smartphone market and its sale proves the same. It is powered with one of the most amazing features and specs.

If we talk about the new changes of Galaxy Note 4, it is worth mentioning that it comes with an updated: S Pen, which has become more accurate, relevant in applications, which simplifies work with a stylus.

Much more serious changes than SoC (system on chip), has occurred with the display, which has remained with a diagonal 5.7″ inches. Samsung has decided to go above with Full-HD on QHD, as in the case of LG G3, it is 2.560 x 1.440 pixels. However, despite the identical resolution, Samsung has chosen its path. The panel does not rely on technology IPS, but on its own standard Samsung Super AMOLED. Besides high-resolution display can be noted a deep black color, wide viewing angles and color reproduction quality. Also, the average power consumption of the display is below to previous generation. However, Samsung relies on the dubious reputation of matrix Pentile, which in size and location differs from the embodiment of subpixels RGB, used in the LG G3. But pixel density (515 ppi) is so high that the naked eye is difficult to notice characteristic Pentile “ladder.” At least in the subjective direct comparison screen smartphone LG looks a little clearer, which is associated not only with a higher pixel density 534 ppi. 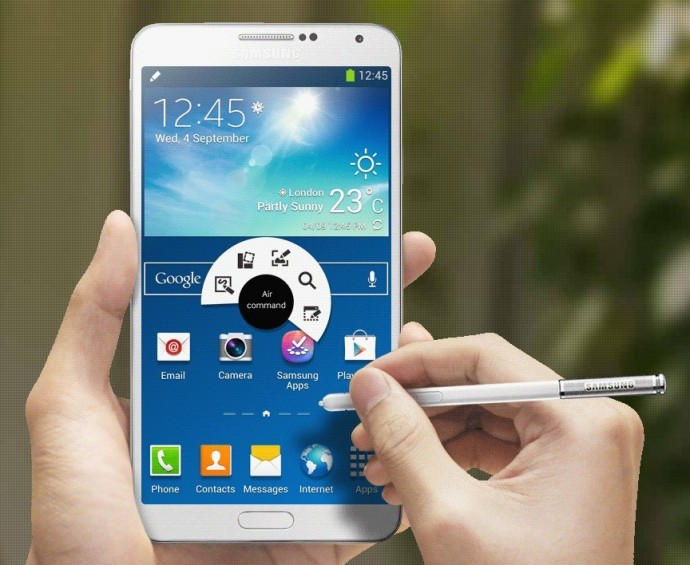 With the exception of the contrast, which is traditionally a pretty good AMOLED display, the display of Galaxy Note 4 in comparison with the LG showed itself quite well. Brightness ranged from 338 to 366 cd / m², it is a little less than LG G3 (362-392 cd / m²), but the color temperature of 6,700 K is closer to a neutral level (G3: 7.800 K). Uniformity of illumination on both devices showed 92 percent, quite a good result. The same can be said about the feeling in practice. In everyday scenarios QHD resolution does not give special advantages compared to Full-HD on the same smartphone of Samsung.

Also, in the Galaxy Note 4 the user can control the colors. There are four modes: basic, AMOLED photo, AMOLED film and adaptive. The last option allows you to dynamically change the mode in some applications, for example, in the gallery, second and third mode differ too high saturation, which leads to an unnaturally bright colors. The basic mode provides the measurement results described above, it is closest to the neutral colors. The brightness of the display, Samsung is not always straightforward. In some situations, Galaxy Note 4 reaches more brightness 700 cd / m². But it must be actively automatic brightness control, and a smartphone should be in a very bright environment.

We have to admit that Samsung Galaxy Note 4 is a great phone with amazing features and design and we hope the same for upcoming generation Galaxy Note device Note 5, but there are no official information regarding the Galaxy Note 5 release date  yet.