Situated on the sandy beaches of the Pacific Ocean is the star-studded city of Santa Monica, California. Tourists and celebrities alike flock to this city by the sea for its shopping, dining and breathtaking views of the ocean. 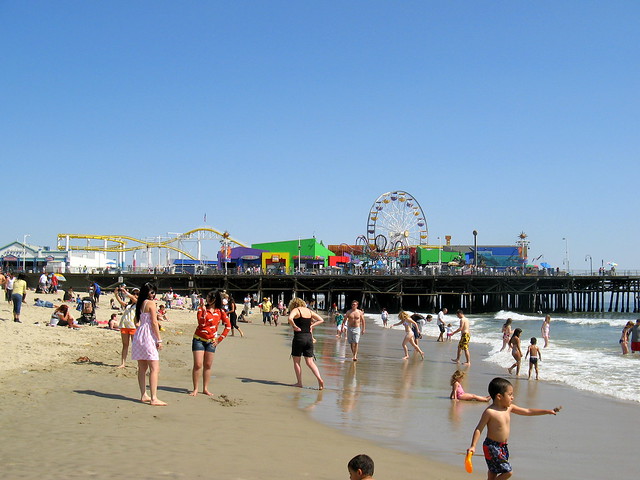 One of the most notable attractions in Santa Monica is the Santa Monica Pier. Constructed in 1909, the pier attracts millions of visitors each year with its carnival like atmosphere, complete with an amusement park, a carousel and a handful of restaurants. The pier has been featured in several films and television shows. One of the more recent television shows is Private Practice, where an aerial view of the pier in shown in the opening credits.

For visitors who just want to soak up the sun with a day at the beach, Santa Monica has 3.5 miles of well-maintained beaches along the coast, and more than 300 days of sunshine each year. There are plenty of activities for beach-goers to enjoy including surfing, swimming, bicycling, fishing, or a game of beach volleyball at one of many nets that line the shore. For those who enjoy getting in the water, there are lifeguard stations along the beach that are staffed during daylight hours.

After a day at the beach, head over to one of the many shopping districts in Santa Monica. Located in Downtown Santa Monica, just a few blocks from the beach is the Third Street Promenade. The Promenade is an open air mall that spans three blocks with a plethora of stores ranging from national clothing chains to local boutiques and a multitude of dining establishments from fast food to fine dining. 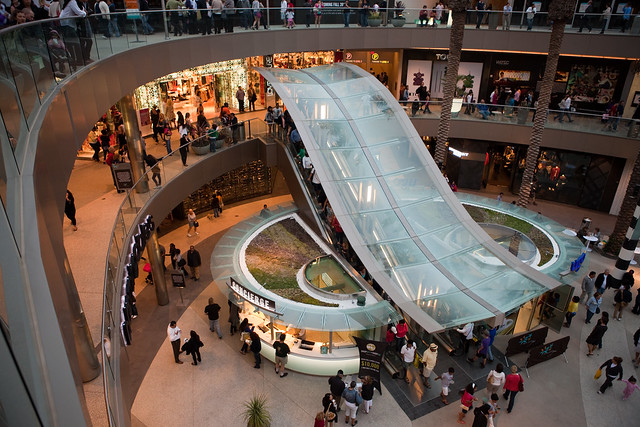 Located just a few blocks South from the Third Street Promenade is the newly remodeled, Santa Monica Place. Designed by Frank Gehry, Santa Monica Place is an upscale, three story open-air mall, with high-end shops including Tiffany & Co., Louis Vuitton, Burberry and Armani, as well as the major department stores, Bloomingdales, Macy’s and Nordstrom’s. The top floor of Santa Monica Place is home to a number of fast food and sit down restaurants with everything from sushi to Italian.

There are plenty of places to find a good meal when visiting Santa Monica. If a venue with a view is what you seek, you’ll find plenty to choose in this city. The romantic ambience, coupled with the ocean view makes The Lobster the perfect restaurant for an anniversary, birthday, or any other celebration. For a view from the top, The Penthouse in The Huntley Hotel is your best bet. The ocean views and incredible menu are a definite crowd pleaser. If you’re looking to rub elbows with some of Hollywood’s elite, than Catch on the second floor of Casa Del Mar is the place to be. The restaurant features a Mediterranean themed menu with a variety of small plates, as well as sushi and a number of signature cocktails. With hundreds of restaurants in Santa Monica, you’ll be able to please any palate.

Finding a place to stay in Santa Monica can be a difficult decision with so many hotels to choose from. The accommodations in Santa Monica vary from posh palatial suites at ocean front properties such as Casa Del Mar and Shutters, to the less bank breaking hotels like Hotel California, right across the street from the beach. The Viceroy with its contemporary décor and swanky poolside bar is at the high-end of the spectrum, but the comfortable beds and the service make it worth it.

With all that Santa Monica has to offer, you won’t be disappointed by booking your next trip to the city by the sea.

This article was written for www.CanalStreetHotels.com by Kevin Caldwell.